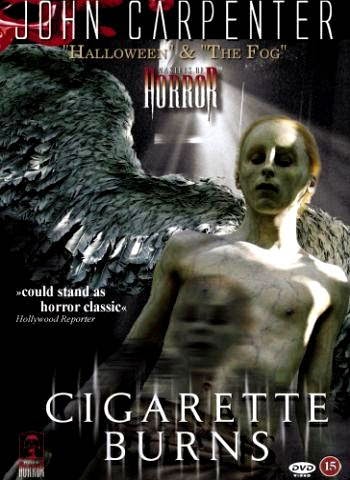 I've just rewatched John Carpenter's CIGARETTE BURNS that he made for the first season of the "Masters of Horror" series. I'd totally forgotten how good it is!! The story perfectly fits the 60 minute running time. I think I'll start rewatching all three seasons again ("Fear Itself" being "season 3").
Here's a link to my five year old review.

Last on the bill at last night's screening... 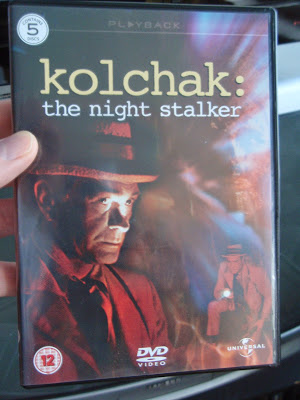 I finished off last night with a couple of episodes from the highly entertaining US TV series KOLCHAK: The Night Stalker from the mid-seventies. It only ran for one season which is a bit odd as I reckon it was pretty great. But then again, good doesn't necessarily equal commercial. Maybe nobody cared about it in 1974/75.

It was remade a few years back but I've never seen the remake. Much like COLUMBO, KOLCHAK basically has the same plot in each episode, Kolchak is sent to investigate an ordinary story for his newspaper and along the way he runs into something obscure like a vampire, a zombie, or as in last nights episodes a guy who sold his soul to the Devil so he can turn himself into a hound from Hell and thus win the election. And in the second episode, an evil red indian who can turn himself into a coyote and kill people in order to steal their jewels. Both episodes were highly entertaining.

The Satanic demon dog from Hell guy was played by Tom Skerritt who many yrs later played the main character in the TV series PICKET FENCES which was a weirdo kinda show basically created to take over when TWIN PEAKS ended (and it was pretty good actually. I remember taping episodes but I mucked up, missed episodes, and eventually gave up. That was definitely a mistake as the series has drifted into obscurity and apart from season one hasn't been released to home-video in any format. EDIT: I just checked and apparently season two has JUST been released in OZ at the beginning of December!!). The indian was played by none other than Richard Kiel aka "Jaws"!

The DVD set that I have contains the complete series. My release is the UK set which basically is identical to the US set - EXCEPT it's the one you need if you're a purist! The first few episodes had a slightly different title when they ran on US TV originally (it was just called "The Night Stalker") but the series was retitled from episode 5 ("Kolchak: The Night Stalker"). During reruns the new title was used for all episodes in the US and the reg. 1 set carries the rerun title whereas the UK set uses the original title-card for episode 1-4. Also, the reg. 1 set uses flipper discs while the UK set does not. If you need English or Spanish subs the US set is the one to get, tho. No subs on the UK set. The two telly films (THE NIGHT STALKER and THE NIGHT STRANGLER) aren't part of the set. 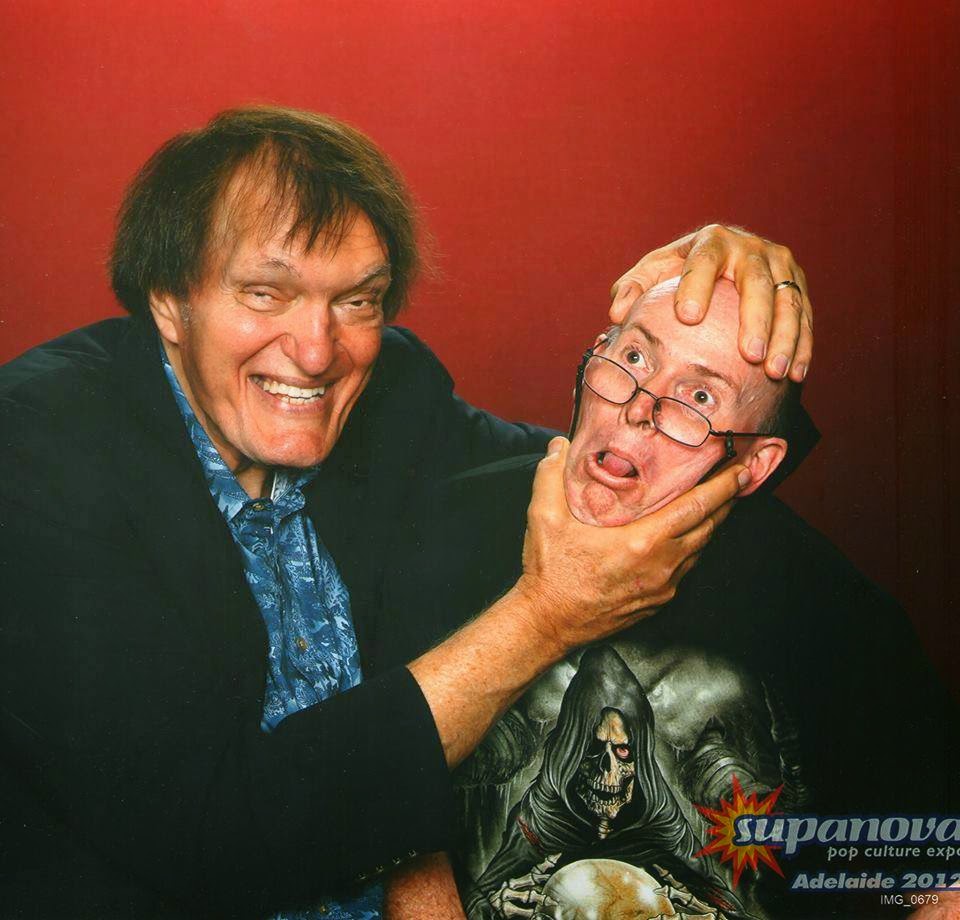 My friend, the sensational Steven Smith with Richard Kiel in Australia, 2012!