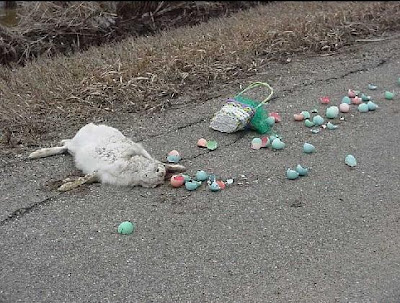 My mate Paul directed my attention to this *kind of* Japanese remake of another awesome Japanese film called TIMESLIP (aka G.I. Samurai). This new one is entitled SAMURAI COMMANDO - MISSION 1549 and just like TIMESLIP it's about a modern day platoon of Japanese soldiers that are sent back to the past. The trailer certainly looks cool. I'll finish here so I can head off to the nearest video webstore. No, wait, oh bugger, it's Easter, they're all closed!! Haha.
Posted by Jack J at 8:47 PM

It's been a while since I last bought some music so this week I scooped up a few titles from the local music pusher. Some of it I knew very well, some of it I already own on LP, and some of it I hated as a kid but thought I should give a chance. xD.

The Smiths: Hatful of Hollow (my first The Smith LP which I bought shortly after it came out. This version contains singles versions and radio recordings from The Peel Show, and it's better than their debut LP).

Morrissey: Bona Drag (wauw, imagine if some old geezer came up from the cellar at The Smiths' old record label and said "Bloody hell, I just found the mystical last Smiths album that was never released!". Well, that's how this Morrissey record sounds and how good it is. In my view anyway [and that's what counts here, haha]).

Morrissey: You Are the Quarry (fortunately it was very cheap, otherwise it'd be quite annoyed as I forgot I've already got a copy of it!).

The Jimi Hendrix Experience: Are You Experienced (UK version)

P J Harvey: Rid of Me


- and in addition to all the above Henrik Larsen was so kind as to send me a bucketful of 1980s heavy metal albums (on cd-r) and thanks a lot for those, Henrik!
Posted by Jack J at 1:42 AM No comments: