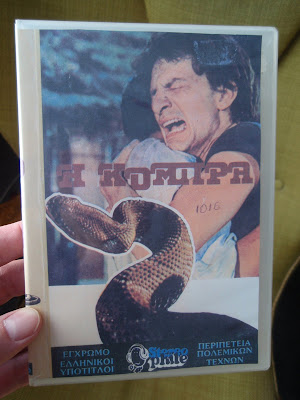 Several members of the ONAR Facebook page have posted memories about the ex-rental tapes they bought from Bill Barounis but one thing we haven't really touched upon is that Bill also sold dvd-r bootlegs from his website. I only bought one of these: The Shaw Brothers film COBRA GIRL. It's on a great Celestial DVD now but altho I knew all along I was gonna keep Bill's bootleg as it offers an alternative dub and viewing experience I'm gonna treasure it even more now. I pulled it out yesterday and felt a bit sad again. Bill's handwritten title on the disc is something we're never gonna see again. The cover is a photo copied copy of the Greek VHS and it was originally too large for the case but Bill didn't take any notice of such abnormalities. He just sent it as it were. LOL. The print on the VHS (and boot) is a bashed up English dubbed print which gives the film a cool grindhouse feeling that I doubt you'll get out of the perfect Celestial DVD (which I don't own). Bill, you're much missed, my friend! 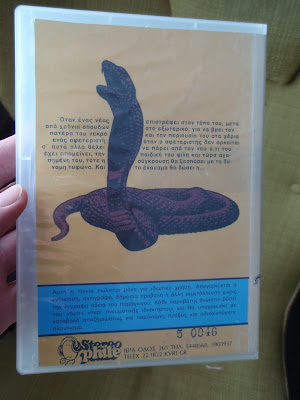