So AWE are releasing the Thai horror film CROCODILE, yes? 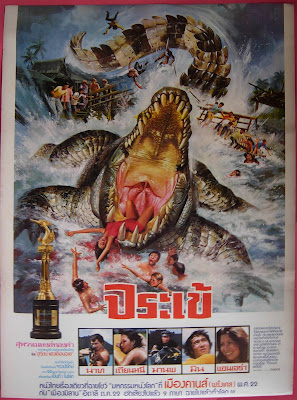 Noooo, they're just using THE POSTER from the Thai film for their release of the Italian film KILLER CROCODILE!!! Hahaha. 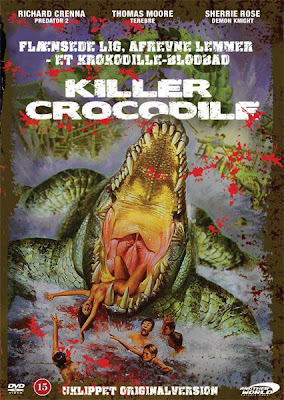 Incidentally I own the Thai DVD of KILLER CROCODILE 1 & 2. :D

But regardless, you should check out BOTH films! And needless to say big kudos to AWE for this release! There are many VHS and DVD releases of the Thai film. I've got the German DVD and Thai VCD, and I'm told the best version is the German DVD (the German DVD title is "Der Horror-Alligator - Das letzte Kapitel" and it's available from Amazon.de. You can check the AWE disc here).


PS: I called CROCODILE a Thai film but it's actually a co-production between Thailand, Korea, Japan, Hong Kong, and the USA. There are several edits of the film.
Posted by Jack J at 9:29 PM 3 comments:

Best ever post-apocalypse film on a Friday

Alright, I've never actually watched RAIDERS OF THE SUN so it may be shite but I've just discovered it's on DVD (from Roger Corman's company) so I'm definitely gonna get it. Filipino stalwarts Henry Strzalkowski, Nick Nicholson, and Richard Norton are in it and it's directed by Cirio H. Santiago!!
Posted by Jack J at 3:22 AM 4 comments: