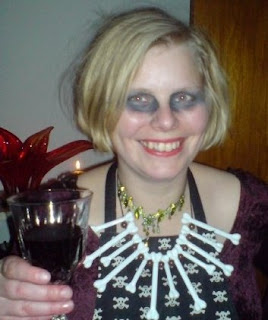 Thanks to one of my old readers, Mette Trier, the first issue of my first fanzine, BANNED IN BRITAIN from 1994 is now available again! This time not in print but as an online edition. The issue has been sold out for many years so this is definitely cool!

Mette Trier used to read my other fanzine, STAY SICK!, in the early 2000s, in fact she was my only subscriber as I didn't actually offer an official subscription service but as the only of my readers she just said, "Just send me every issue and I'll pay for it"! She was also one of the only two readers who actually took me up on it when my editorials used to say, "Please send me free money and/or candy". Mette sent me both free money and candy! Why aren't more readers like that!

After I published my (so far) last issue of STAY SICK! in 2003 we kinda lost touch (this was before I got hooked onto the internet) and it took 8 years to get in back in touch. And yes, I found her via Facebook, LOL. I did consider the possibility that Mette might have lost interest in underground publications like SS and BiB but fortunately this wasn't the case, and in fact Mette said, "You want me to scan all your zines and put them online?" Mette, please leave your husband, kids, and secure life and move in with me, I love you! xD 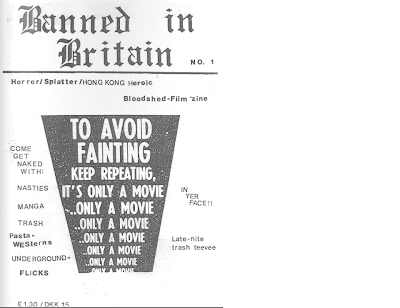 Anyhoo, so far BANNED IN BRITAIN #1 is out there in Cyberspace for everyone to read, and I'll get the other issues organised and sent off to Mrs Trier. Click the link which will take you to the magazine at issuu. To read it you'll need to either log in to issuu or use your Facebook log-in. You can print out the zine if you want and make as many copies as you like, please just don't make any profit on it. Cheers.

There was a full decade between BANNED IN BRITAIN #1 and #2! The second issue came out in 2004 and so far I've only published those two issues. Should I do a third? Naaah!! I am working on a new issue of STAY SICK! though (in Danish).

Huge big thanks to Mette for the scanning and uploading! :D
Posted by Jack J at 11:29 PM No comments: