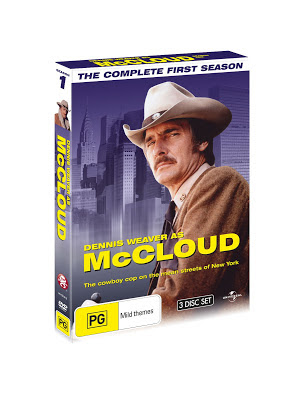 Someone from Madman mentioned on a forum that it took them a full year to find the original versions and it was almost too late to include them. Luckily they did. I received the seven seasons on Danish DVD a couple of days ago (see my post from earlier this week) and it annoyed me to no end that they only contain the re-edited versions of season 1. I might also have to order the OZ/NZ season 3 at some stage. The Danish set omits a full episode (and completely lies about it on the cover as they claim the season is "complete"!!). One other annoying thing in regards to the Danish set is the episodes aren't presented in chronological order!! But at least we got season 6 and 7. It seems these last two seasons may not get an Aussie/Kiwi release.
Posted by Jack J at 11:51 PM No comments: