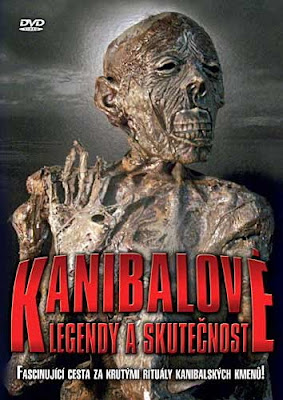 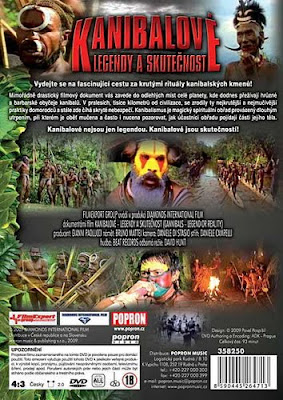 A pile of steaming... entertainment. I remember the very first issue I ever read of Métal Hurlant (Heavy Metal in English and Total Metal in Denmark) and there was a story about this guy who discovers a living, breathing pile of garbage in his basement. It's just lying there not moving but when the unfortunate sap flicks a booger into the pile of shit that last added bit is enough to create enough energy for the pile to kill the man and proceed to take over the world. Or something. (I read it bloody 30 yrs ago, my memory is faint here!). Anyway, I wonder how much more trash it's gonna take before the garbage blob that is yours truly will start killing random pedestrians and attack the world! If that's the intentions I'm certainly doing something right here cos I just ordered Bruno Mattei's LIBIDO MANIA and the Shaw Brothers' VIRGINS OF THE SEVEN SEAS!!! And, uh, they weren't cheap either. :-(
60 euros!! Mein gott, I could have bought a new car in the Czech Republic for that kinda money!!

Both films are uncut and they're released (for the first anywhere on DVD) by the German label Camera Obscura and I'm getting them from OMG Entertainment in Holland. The German title for VIRGINS OF THE SEVEN SEAS is Karate, Küsse, blonde Katzen and some international sites omit the German umlaut (i.e. dots over the U), thus making it "Karate, Kusse, blonde Katzen" which is somewhat funny... well, if you're Danish anyway. LOL. 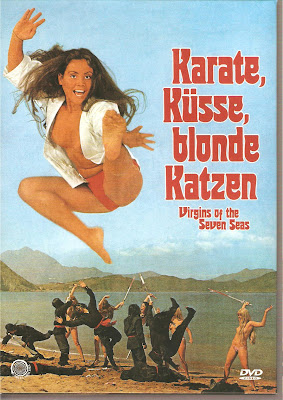 The movie itself is one scene of depravity after another. There's rampant misogyny, beatings, degradation, lesbianism (If Helen Ko's character counts), rape and other scenes of moral debasement. With the frequent pratfall humor, you'd think this air of buffoonery would override the roughhouse nature of the proceedings, but it only adds to the overall tastelessness. 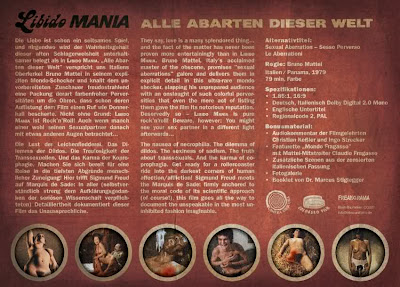 [...]...it's still perverse enough that you'd never want any family members to see this lying around on a coffee table.

Read the full review on Mondo Digital here.
Posted by Jack J at 2:49 AM No comments: