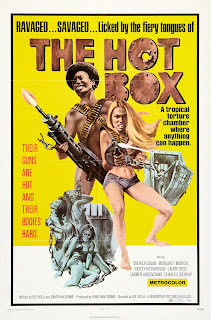 Unfortunately, SHOUT! have just announced via their Facebook page that they're not going to release the last three Filipino co-productions that we've been patiently waiting for; SAVAGE, THE HOT BOX and THE WOMAN HUNT are not going to be release! Boo-hoo!!! I've been looking forward to those for what seems like ages (because it is actually ages!!).

All three films are released on VHS but it would have been pretty spiffy to get proper releases off the original negatives and in their original ratio aspect. Hopefully another company will pick them up and give them the same fine treatment that SHOUT! gave the other films. And maybe monkeys will fly out my butt. :(


THE TEN THAT MADE IT
Throughout the last couple of years SHOUT! Factory have released a whole range of ROGER CORMAN produced films in their "Roger Corman's Cult Classics" series. A few of those are of interest to this blog as they were filmed in the Philippines and have a number of regular Filipino actors in them.

So far SHOUT! have released...

THE BIG BIRD CAGE
BIG DOLL HOUSE
WOMEN IN CAGES
FLY ME
FIRECRACKER
TNT JACKSON
TOO HOT TO HANDLE
COVER GIRL MODELS
UP FROM THE DEPTHS
DEMON OF PARADISE.

Ten movies in total! And all of them in great shape and form (well, okay maybe except FLY ME which came off an old worn print but it was either that or no print at all so that's perfectly alright).

As a fan of these films I can't thank SHOUT! enough for finally give them their day in the sun. No longer do we have to settle for fullscreen reg. 1 public domain dvd's or old worn video tapes. So a big round of applause fly out to Cliff Mac and SHOUT for releasing these 10 films. I wish the last three could have been released as well but big kudos to SHOUT for the ones we did get. xD 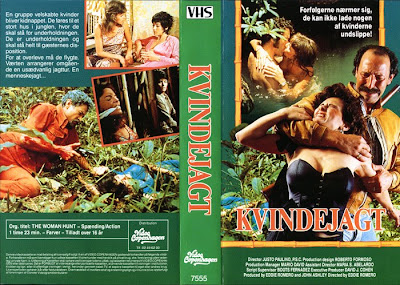 THE WOMAN HUNT on vhs from Denmark


If you wish to check the old posts about SHOUT!'s releases just click the "Shout factory releases" label at the bottom of this post.