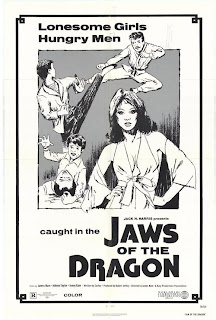 I watched about 15 minutes of JAWS OF THE DRAGON last night (too tired to watch it all) but already now I'm confident this is the best film I have ever watched. From any country!

There's only one guy who's reviewed it on IMDb and he wrote:

"If my VCR was broken, and one tape was stuck in it that I had to watch over and over again, this would be the tape. If you can find this movie, which you probably won't be able to, you should definitely buy it and savor every second!"

The trailer is crap and in NO way does it show the greatness of this film but here it is anyway:

I believe the main character isn't so much of a good guy, he's more a motherfucker who's hired to fuck people up (and yes that's what Clarence says in TRUE ROMANCE about the character Sonny Chiba plays in THE STREET FIGHTER but altho I've only watched 15 minutes I can say it definitely suits this guys as well, LOL).

PS: Despite whatever lame ass drivel IMDb and a handful of other sites say; This is not a Hong Kong movie but from South Korea!! Did none of those morons wonder why the cars drive in the right side of the road?? Uhh, and the film being Korean is probably also the reason why the actors look Korean and not Chinese [yes, you can tell the difference, butmunch! ;-) ;-) ;-) 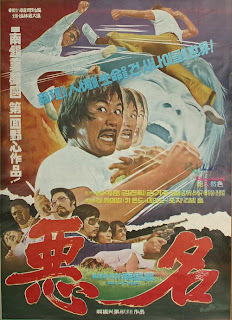 PS.PS: JAWS OF THE DRAGON is almost IMPOSSIBLE to find anywhere and if you DO find a print it's bound to be a pan & scan print. Last night I discovered I have a perfect LETTERBOXED print on Danish VHS!!! Huh? How could I "discover" this film in my collection, you ask. Don't I know what I've got? Well, the thing is last year I bought three big cardboard boxes filled with rare kung fu films (and some not so rare, LOL) but I haven't really gone thru the boxes until now and guess what; there's a good handful of Filipino films and other cult movies in there as well other than "just" kung fu flicks.
Anyway, in the words of Joey from Friends: How YOU doin'? LOL.
Posted by Jack J at 8:03 AM 2 comments: