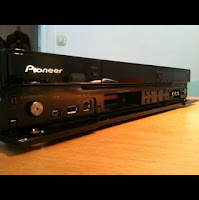 I remember a time... [said in a voice like the old narrator at the beginning of MAD MAX]... when you could actually buy... wait... what's going on here! Major deja-vu, haha. But actually the situation is the same, the only difference is this post is about Pioneer DVD-recorders, not video players. When I bought my first DVD-recorder about 5 years ago I bought a Panasonic and stupid me forgot to check if it could copy from NTSC video tapes. And it turned out it couldn't. My friend Henrik Larsen had a Pioneer which copied NTSC tapes without any problems so for the past years I've wanted a Pioneer DVD-recorder. Obviously. Not long ago the old Panasonic began to die a slow death and I decided to buy a Pioneer. Only to discover the dick-heads at Pioneer stopped making the bloody things several years ago!!! >_<
I found out Panasonic are still making them and their new ones can probably copy from NTSC but for five years I've had my mind set for a Pioneer and by jove I want a Pioneer!!! So for a wee bit I've been checking German eBay for a good player and a couple of days ago I found two; a really good model, and an even better model. And being the reckless and wild rockabilly teen that I am I placed bids for both of them!! Tonight I won the better one of the two. Whoo-hoo!!! (and fortunately someone else outbid me on the other one, LOL). The model I'll be getting is a Pioneer DVR-LX61D 250GB HDD/DVD Recorder.

Now, where can I get a mint Betamax player? LMAO (I want the one that was only produced for retail in the Middle East!! As the only model in the world it plays ALL Betamax formats; PAL, NTSC, SECAM, and apparently the variations of those!).
Posted by Jack J at 7:59 PM 6 comments:

I Miss You Hugs and Kisses - a nasty? 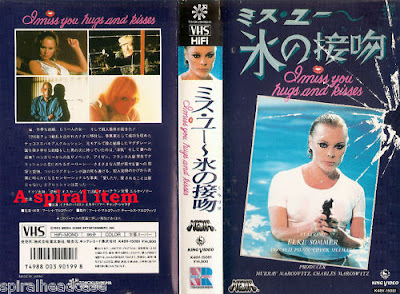 I've always wondered what I MISS YOU HUGS AND KISSES is like! Ever since I read a review of it the first time (in an issue of IN THE FLESH if I remember correctly). The thing is this film was on the BBFC's list of video nasties but everyone who's seen it wonders why it was even ON that list as (apparently) it's not a gore movie or very nasty. Okay, so it's about a wife killer, but still. And - judging by those reviews - apparently it's not even a very good movie, quite on the contrary. But you know me, if it's obscure I want to watch it. Maybe everyone is wrong and I'll love the movie! xD

I MISS YOU HUGS AND KISSES is quite difficult to get to watch (legally anyway) as video versions are scarce and there's no DVD releases. However, I'll get my opportunity to watch it now as I've just won it on Japanese VHS! :D

If you'd like to know a little more about the film do go ahead and watch this good YouTube review from some guy in the UK. It's the first review of his that I watch but apparently he's made a series of reviews of the films from the nasties list. And it's an incisive review too, not the usual "I MISS YOU is really boring and there's no blood" type reviews that usually pop up.

PS: I also won Margheriti's ARK OF THE SUN GOD (which stars old genre favourite David Warbeck) at just under 12 bucks. Woo-hoo!! It's a lbx'ed print too! 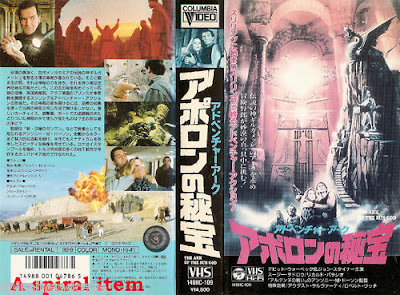