Yes my children, I have been away from you but now I am back. Rejoice!
(yes, I have just re-watched that old Jim Jones TV series, LOL).

After having bought John Woo's now classic heroic bloodshed masterpiece THE KILLER around 1991, one of the first violent HK movies I got hold of on original video tape (as opposed to 4th generation dupes via tape-trading) was Ronny Yu's CHINA WHITE on vhs from the UK. Later, I also got hold of the Danish vhs release.
As I said, this was way back in the early 90s and for some reason the film kinda just drifted into obscurity and was never granted a dvd release. Well, not until now that is cos, lo and behold, on April 7. it's finally gonna come out in HK! 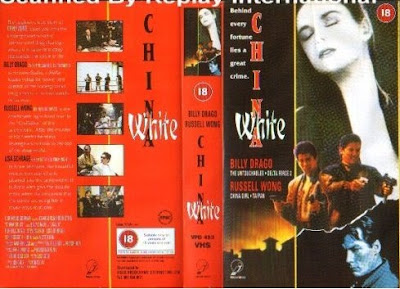 Opposed to most HK heroic bloodshed/triad films CHINA WHITE isn't set in HK but in and around a Chinatown in Holland. Hmm, now that I think about it I remember I actually reviewed the film for a fanzine way back in around 1992 or 93!! Anyway, when the film was made they actually shot two versions, one for HK and the other for international release. Interestingly enough, it's actually the international version which is director Ronny Yu's cut. The video versions I have both contain this version but I'm not sure which version is gonna come out on dvd. Obviously, it would be interesting to see the HK cut but according to Spannick at Asian Dvd Guide forum the HK print was heavily censored on laserdisc and vhs. But still, it would be interesting to see as it (apparently) contains completely different scenes and actors. I guess the ultimate dvd would include both versions. It's up for pre-order at Dddhouse. 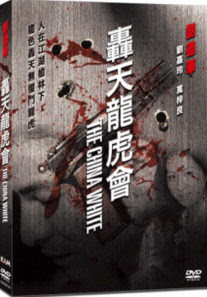 NB: there's a bit of confusion about whether the UK vhs is cut by 3 seconds or not. I'll see if I could be bothered to compare the two video releases at some stage. LOL.
Posted by Jack J at 10:13 PM 2 comments: