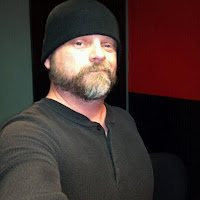 It's with much sadness that I post this but it has been reported that fellow blogger, underground film-maker and YouTube film reviewer ANDY COPP passed away on Saturday night. The cause was suicide.

I didn't know Andy personally but I certainly knew of him through reading his blog, Exploitation Nation, and like me he was a frequent poster on AVManiacs/DVDManicas film message board. I came across his YouTube videos quite a while ago and enjoyed them very much.

Andy was well known in the horror/exploitation underground which he was a part of for many years. The news comes via Richard Doyle on Facebook and AVManiacs and has been confirmed by Don May jr of Synapse Films. Ironically, Andy Copp's last YouTube review 10 months ago was a presentation of a Synapse DVD.

So'eh... have you watched Prometheus?

This is pretty funny.