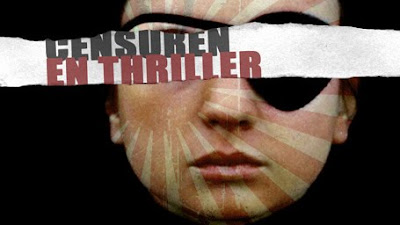 If you're in Scandinavia you definitely ought to watch this 60 minute documentary on SVT1 tonight! Censuren - en thriller is a docu on the Swedish censorship board which is now being put to sleep so to speak. Apparently Sweden has had the longest running censorship board in the world and the documentary film is about what the poor saps of Sweden weren't allowed to watch because they didn't live in the free world across the big ocean (i.e. Denmark, haha).

And there's also gonna be interviews with Christina Lindberg about her films. If you miss the show tonight it's being rerun at some later dates. Check below for info. One interesting piece of info from SVT is the very last line in their programme description (check below) where it says the film won't be screened in SVT's internet edition due to the strong contents of the programme. Oh, the irony, the irony.

EDIT (29/4/11): I watched the documentary yesterday (twice!) and I thought it was really good so if you get a chance you should definitely check it out. And the segment on Christina Lindberg was cool!
Posted by Jack J at 2:04 PM No comments: 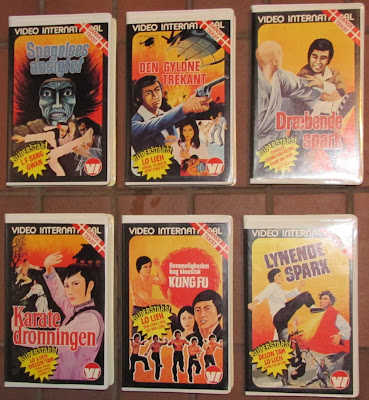 I can't tell you how long I've been searching for these tapes... but it's been a real long time! It's the Danish SUPER EASTERN SERIEN series from Video International in Denmark! I remember I saw one of them when I used to frequent the "Videoudlejningen" video rental store in Copenhagen which is easily 6 or 7 years back, maybe even 8! The SUPER EASTERN SERIEN series contains 8 titles so there are still two I haven't got but at least I'll be getting 5 new ones! And they seem to be in awesome quality. xD. The only tape of the 8 I've been able to track down previously is GHOSTLY FACE. The seller only wanted to part with all 6 tapes as one bundle so either I made a bid for all of them or none at all. But anyhoo, who cares. Happy happy joy joy, as Fred Anderson says. :D 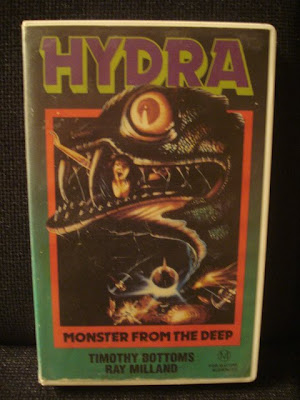 Amando de Ossorio's HYDRA, MONSTER FROM THE DEEP on ex-rental VHS from Australia. Word is the film is crap - but the cover is fantastic and it is of course made by the guy who did the BLIND DEAD films so obviously I had to have it. I was the only bidder! Whoo-hoo!!
Posted by Jack J at 2:11 AM 5 comments: