"If you receive a love letter from me you're fucked forever"


Edit: If you would like to read a proper farewell to mr. Hopper then go here and read Magnus' really good piece.
Posted by Jack J at 7:56 PM No comments: 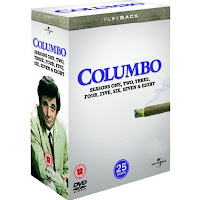 About a year ago I wrote about how I was watching my way thru the first season of the old fave cop/detective show Columbo which my mum got me into when I was 7 years old. I've been holding out on getting more seasons cos, well, everything has a price tag on it :-/ but last night I was lucky enough to scoop up a complete, brand new box set of Columbo seasons 1-8 for the "whooping" price of... £10!!! That's 15 dollars! With postage it came to around $17. My luck was a marketplace seller on Amazon UK selling a never used set as second hand. Wauw!! Big grinds all 'round!!! xD [EDIT: 13 years later I finally notice the bloody spelling mistake; it's GRINS, not "grinds" for fuck's sake!Argh!! /Jack in October 2022] About the box; I'm sticking to the UK DVDs as they're often better than their US counterparts when it comes to TV shows. And they're often cheaper than the locally released Danish versions (besides I just don't care much for the often badly written Danish cover text. It just annoys me! LOL). So far there's been two boxes I've been keeping an eye on price wise; A box containing seasons 1-7, and the one I've just bought which as I mentioned contains #1-8. I'm really only interested in seasons 1-7 as these are the original seasons from the 1970s. Don't get me wrong it's not that everything has to be old per se but I just don't think the "new" episodes (which by now are quite old too) are that good (if you're a Danish/scandinavian reader I suggest you read Henrik & Joachim Larsen's coverage of the series in Obskuriøst magazine #10. PDF-edition here). I've just noticed there's now a box set on Amazon that appears to be the fully complete series but I haven't checked out if it really is all complete or whatnot.
Posted by Jack J at 2:32 PM 2 comments:

Bruce is a many splendoured thing - part 5: THE INTERVIEW!! 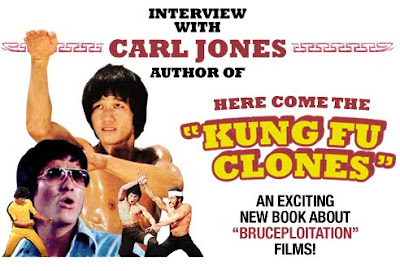