Last of the zombies...

...well, Mattei's zombies that is. It's not like we've seen the last zombie movie ever, eh. Anyway, Per Svensson, a member over at Dvdmaniacs, uploaded some screen grabs from Mattei's last two zombie movies; ZOMBIES: THE BEGINNING and ISLAND OF THE LIVING DEAD which so far only have been released on DVD in The Czech Republic. According to mr. Svensson BEGINNING is actually... the sequel! Yep, sounds like true Mattei logic, LOL. Here are some of the scans. 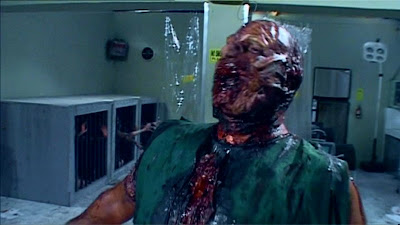 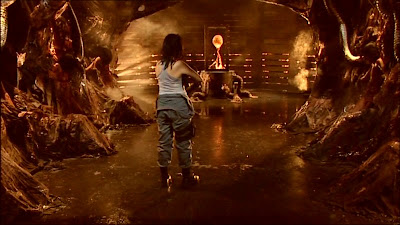 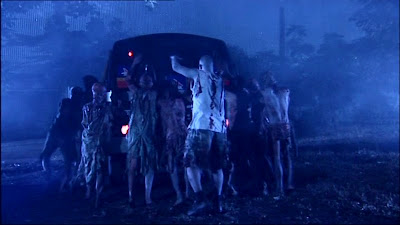 Anyway, until we (or at least I) get hold of these babies here's a cool trailer from Mattei's totally entertaining PREDATOR ripoff ROBOWAR:

That headline sounds like a fucking song, LOL. "Nooo news todayyy, my love went awayyy, heyyy heyyy, what'ya sayyyy, hey hey" Oh well, maybe not!! Anyway, no news what so ever and I loathe and dispise smalltalk so I'll be back when I've actually got something to tell ya. Nothing's going on in Cyberspace anyway (except Fred having fun with his spoons, LOL).
Posted by Jack J at 1:59 AM No comments: