It was a goood Friday!

In addition to the films in my last post I also received these flicks: 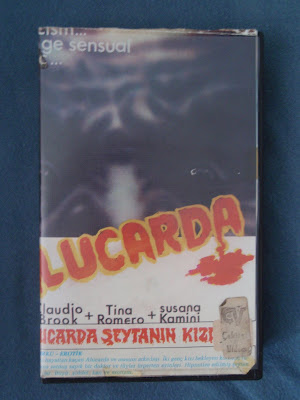 This is the Mexican horror movie ALUCARDA (or in Turkish: Alucarda Seytanin Kizi) which I already have on a spiffy DVD from Mondo Macabro but I really love the film and couldn't let the chance to get this Turkish video release pass me by. It's bloody Betamax even!! 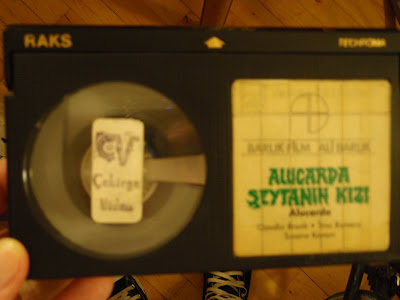 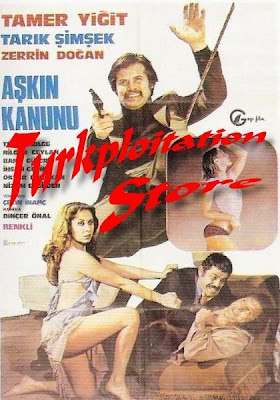 This is the Turkish movie ASKIN KANUNU which is directed by legendary cult director Cetin Inanc (who did tons of cool movies like LAST WARRIOR, DEATH WARRIOR and not least TURKISH STAR WARS). I thought I'd include the original cool poster as the cover for the video-cd is atrociously bad. 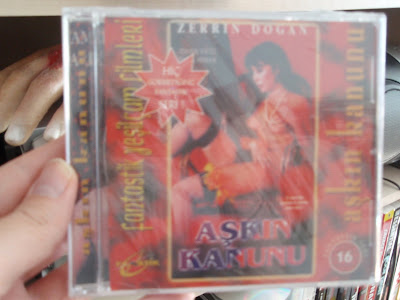 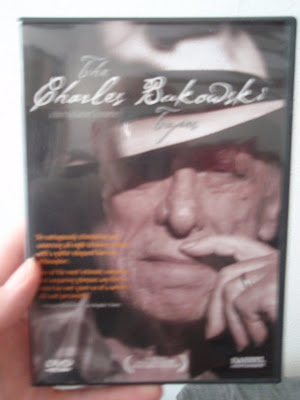 Woo-hoo! I finally got hold of the DVD re-release of the original VHS release of THE CHARLES BUKOWSKI TAPES. The DVD is listed on eBay all the time but even so it took me months to get hold of a copy. The one seller who had it listed simply wouldn't ship outside of the US. Go figure. >_<
Anyhoo, the 2-disc release looks great and it's got a 36 page booklet included with interview and shit. :D 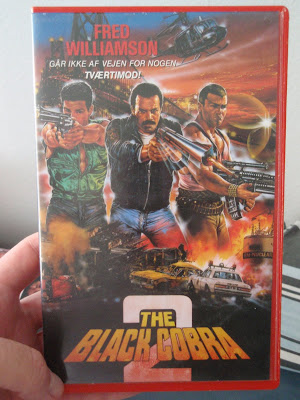 Received yet another small parcel from a Chinese gent in SF... 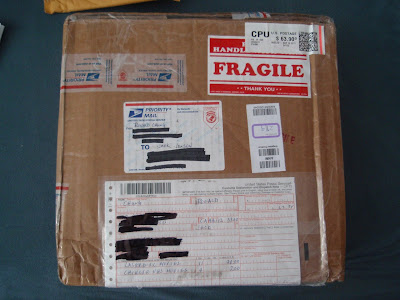 And what can I say other than arrrrrr [i.e. Homer Simpson drool]

11 laserdiscs and 4 video tapes of Hong Kong films. 6 of the LDs are in plain white covers but I wanted to get them anyway as they're very rare; One of them is the rare version of DEVIL FETUS which is identical to the (also very rare) Ocean Shores VHS and which is an alternative print with some different footage (alternative to the DVD and VCD releases). Oh, and one of the other white sleeve laserdiscs is Tsui Hark's DANGEROUS ENCOUNTER - FIRST KIND!!! 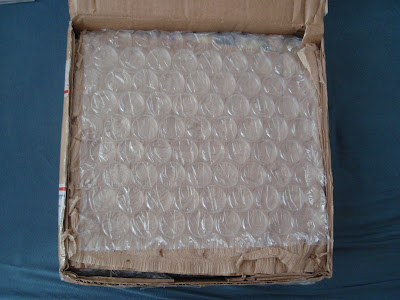 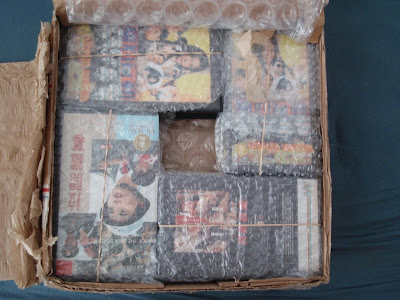 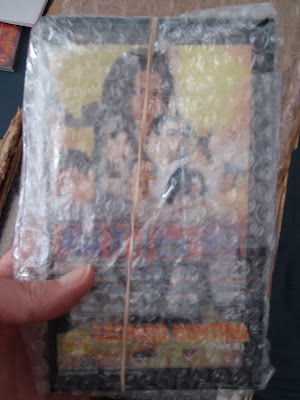 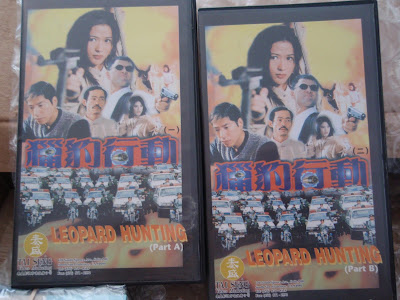 LEOPARD HUNTING (HK, 1998, s: Jade Leung, Roy Cheung, Yukari Oshima). And yes it's one film on two video tapes! This used to be common practice in HK (and thus also the US Chinatown tapes). I have no idea as to why they did this. 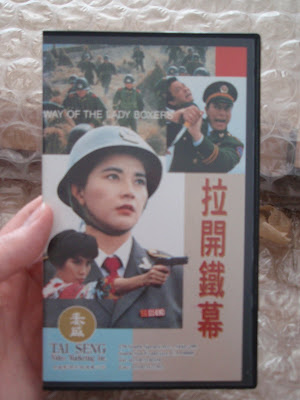 WAY OF THE LADY BOXERS 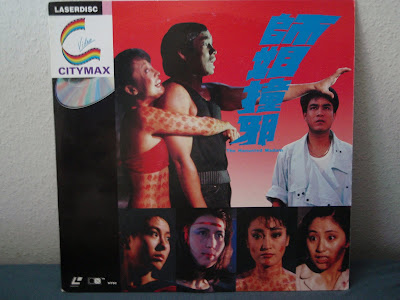 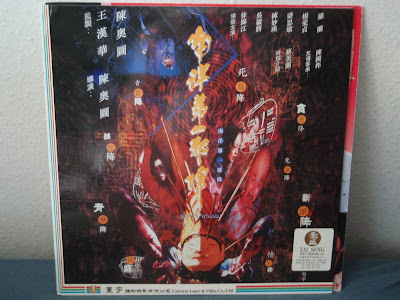 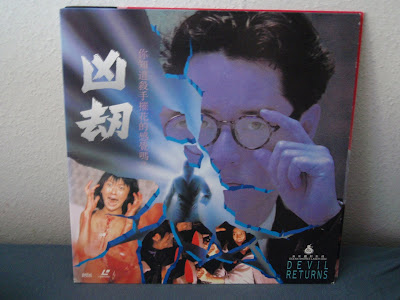 DEVIL RETURNS (not to be confused with SATAN RETURNS) 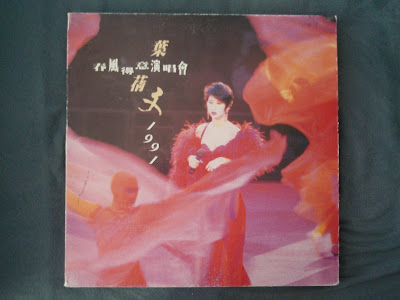 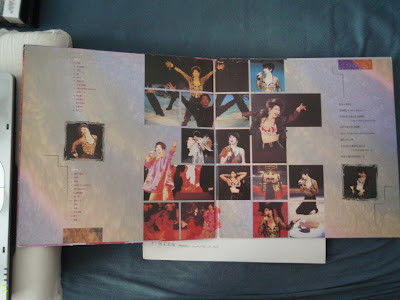 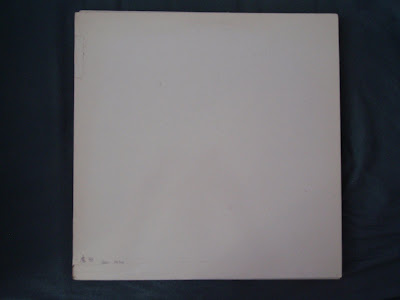 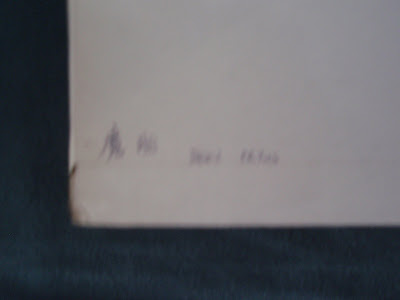 The remaining white sleeve laserdiscs are: FRIENDLY GHOST, THE FIRST VAMPIRE IN CHINA (which I have on a Japanese VHS but I'm informed this LD is subtitled in English!!!), NEW MR VAMPIRE (!!!), MISS MAGIC.

All in all a very good parcel with 13 rare HK movies (and one Sally Yeh concert). There was a lot of rare stuff I couldn't get because, well, I'm not made of money. LOLZ.
Posted by Jack J at 6:53 PM 5 comments: