Gee, that's not how they do it in Hollywood 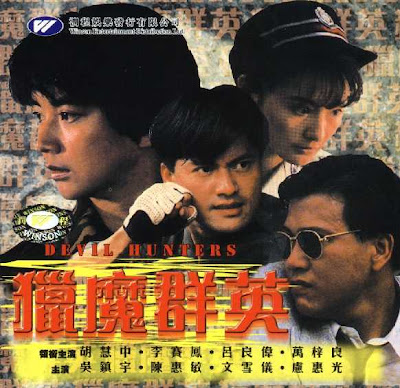 I watched the HK "Girls with guns" movie DEVIL HUNTERS last night (and again tonight, LOL). It stars Moon Lee and Sibelle Hu. It's not exactly in league with neither A BETTER TOMORROW nor ANGEL 1 & 2 but, uh, it stars Moon Lee... and Sibelle Hu... and they shoot guns and kick ass and look cute while they do it. That's good enough for me. :D

It's also quite gory and nasty in places as well. Plus it has thee most insane ending of all Hong Kong films ever!!! The three main characters get blown up... FOR REAL!!!!!!! In the last scene [SPOILER obviously] the bad guy shoots his gun into a gas container to commit suicide and take everyone with him. Well, the special effects people used way too much explosives and Moon Lee, Sibelle Hu and the male lead, Ray Lui, all caught fire and Sibelle Hu and Moon Lee got injured seriously and spent time in hospital.

Remember how Jackie Chan films always end with outtakes from the film? Well, it's kinda the same here but instead of OUTTAKES you see real Hong Kong NEWSPAPER CLIPPINGS from the incident and from the hospital. Insane! Only in Hong Kong!!! You can check that last scene in the YouTube clip in the above. Oh, and notice how the producers PAUSE the film and post a text on the screen to explain the incident (or to EXPLOIT THE INCIDENT, whichever way you see it!).

Unfortunately, the onscreen text is almost unreadable on the VCD and I'm not gonna spend three hours to try and depict what it says so here's the text from the guy who uploaded the clip on YouTube:

"The most precious and exciting shots ever on movie. At 7 pm on 19 May, 1989, Hu Wai Chung (Sibelle Hu), Li Sai Fung (Moon Lee) and Lu Liang Wai (Ray Lui) acted the explosion shots in person. They were challenging death with their lives. Unluckily, the gunpowder - -(illegilble) - - and the flames wrapped around them. Hu Wai Chung and Li Sai Fung were seriously injured. On behalf of our company, we are sending our best regards to Wu Wai Chung, Li Sai Fung and Lu Liang Wai" 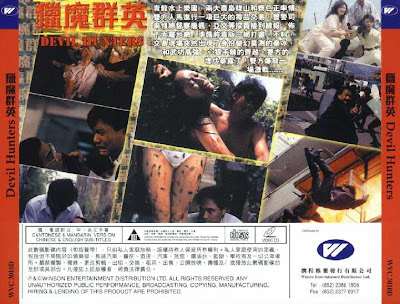 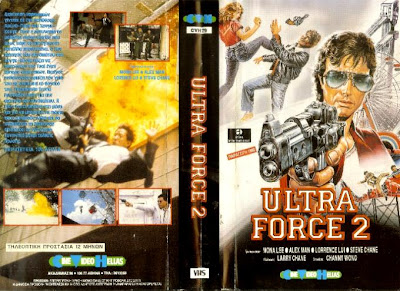 No "Games of Death" after all! 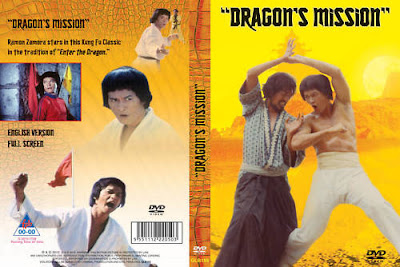 Terrible news, my friends. Heartbreaking in fact. It seems fans of Filipino cinema won't have anything to look forward to for this year's Christmas. It's gonna be a cold, cold Christmas without... GAMES OF DEATH! Boo-hoo.

Over on Kung Fu Cinema Forum one of the members suggested to Global that he could buy the Ramon Zamora film GAMES OF DEATH (aka Dragon's Mission) (plus two other rare HK kung fu films) off Global and sell them on DVD-R. He received the three films and here's what he posted the other day:

The [problem] is that what he send to me the material lacks scenes it's as if you would go and buy yourself a book and when opening the book there are torn (chapters) pages missing ...
That's the case with these 3 movies ...

For ex Martial Mates 59 min of the movie and the last 16-17 min are added to after THE END.
Taken from the middle somewhere so it's a total mess ... My guess is that he misses 35mm material either it's lost or it's damaged.

This is the case with all 3 movies so I told him that I would not go along with this and have incomplete movies sold. I don't want to have a bunch of angry [kung fu] fans on my neck ... It's not my cup of tea ...
He said ok no matter... Whatever ...

He has found another guy now whom he has known for some time and he will get into this and have them sold after Dec month ...

I asked him will you enhance re-edit the movies with full material? He said I don't have any more material what's there is there!!!!!
Well, then I told him good luck with the selling ... And that's about it.

So apparently the RAMON ZAMORA film is not complete!!! :-(
What a bummer. Boo-hoo.
Posted by Jack J at 6:14 PM No comments: 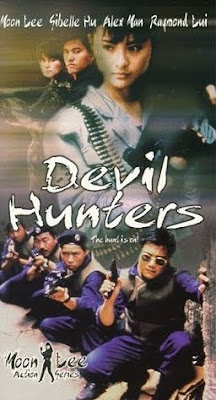 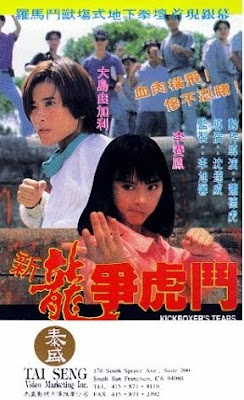 I bought these two on eBay UK today: DEVIL HUNTERS and KICKBOXER'S TEARS. Both films are Hong Kong flicks and they star the lovely (and ass kicking) Moon Lee (who was of course also in ANGEL 3 which I posted about yesterday) and she's joined by the equally lovely (and mucho ass kicking) Sibelle Hu (in DEVIL) and Yukari Oshima (in KICKBOXER'S). Both tapes are US releases and quite hard to get hold of these days. DEVIL HUNTERS is even a brand new, never opened copy! The seller had only listed them for sale within the UK but I wrote and asked him to sell them to me (apparently I'm his first non UK buyer, LOL).
Posted by Jack J at 2:10 AM 2 comments: