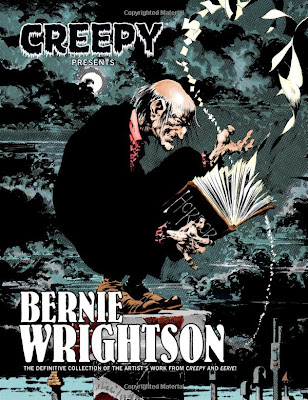 Yesterday, I ordered this tome of work that legendary Bernie Wrightson did for CREEPY and EERIE horror comic book magazines in the 1970s and early 80s. It's a hardcover deluxe edition and on Amazon it says it's Wrighton's complete work for those two magazines. Very cool! Someone in the Amazon comments section complained about the release being unnecessary as the same stories are (probably) also going to get released down the line when all issues eventually are reprinted in Dark Horse's big reprint series of CREEPY and EERIE.

Well, I beg to differ: It's a VERY welcome release! Firstly, it's most likely that not everybody can afford all the reprints! (they're pretty expensive). And secondly, this book means Wrightson fans get his stories NOW instead of having to wait fuck knows how many years before they're all back in print! And thirdly, it's just great to have them all in one collected volume. So up yours to the complainers! Hahaha. I'm getting the book from Bookdepository via Amazon UK, it was just under £7 (+ £4 postage). 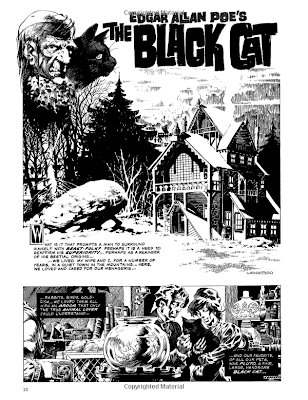