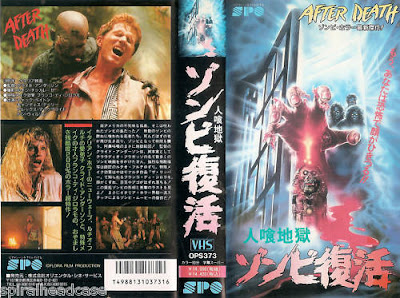 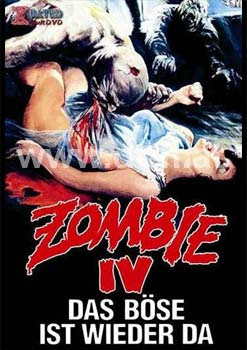 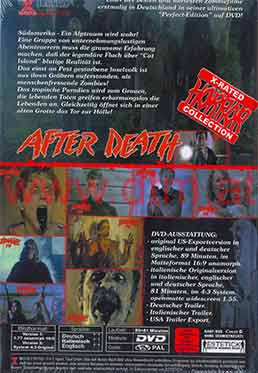 This is the trailer for Ole Bornedal's original Danish version of NATTEVAGTEN (aka Nightwatch) from 1994. He later remade it in the US (also entitled NIGHTWATCH). I haven't watched it for a few yrs but I remember it as being pretty good (altho some of the dialogue is pretty embarrassing, argh).
Posted by Jack J at 4:11 PM 4 comments: 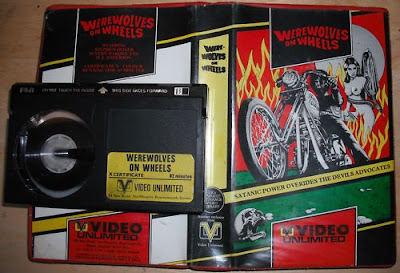 Yesterday, I found this video cover for the old horror/biker flick WEREWOLVES ON WHEELS on eBay UK. Wauw!! You certainly don't see DVD covers like that. The tape is a Betamax and the auction is running for a few more days in case you're interested. I already have the film on Dutch VHS but this cover is just awesome!

EDIT: The precert Betamax went for $33. 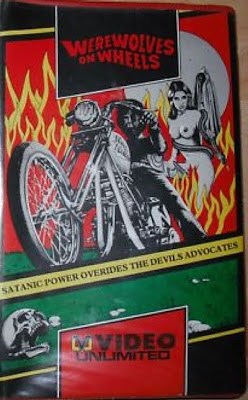 Can it get any more awesome than being on ZMDb!?

Gee, thanks to a link from Tim Paxton (once the editor of the VERY cool zine NAKED! SCREAMING! TERROR!) I discovered I'm on Zombie Movie Data base, haha. Kewl!! Go here (if you don't know what I quite look like just check my profile picture in the bar on the right).
Posted by Jack J at 4:24 AM No comments: