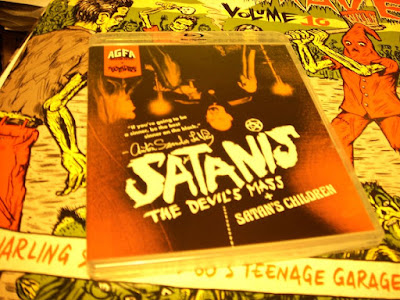 I bought SATAN'S CHILDREN (Joe Wiezycki, USA, 1975) on DVD a long time ago. The DVD came out from Something Weird Video and now they've rereleased the film on a spiffy blu-ray! It's a coproduction with AGFA. I got the new release the other day and watched it right away. A very cool upgrade! A long time ago someone on dvdmaniacs forum said they needed a shower after each viewing of the film. I get that! SATAN'S CHILDREN is sick, sick, sick. Not overly gory (or gory at all) but the tone of the entire film is just dirty! And sick. If you're into exploitation films this is highly recommended. The second film on the blu-ray is SATANIS - THE DEVIL'S MASS which I haven't watched yet. 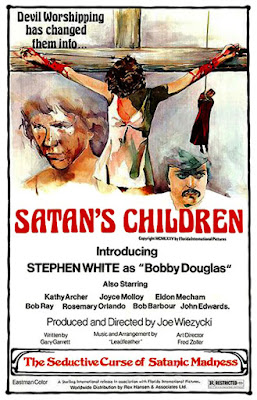 Fan made trailer (at least it *looks* crude enough to be fan made!):