Alright, I've got nothing to tell ya and I'm tired cos I stayed up owl night watching the damn election so now I'm too tired to write anything deep or of any value. Or something. So'eh... instead I'll just show you a couple of my new requisitions!!

First of all, a pretty rad cover for one of my (and probably everyone else's) all time favourite horror movies; THE TEXAS CHAINSAW MASSACRE. And no, it's not like I don't have it already but when someone (in Austria) offered me this totally über-rare Danish ex-rental I had to have it. Obviously.
Thanks, Resonator05. 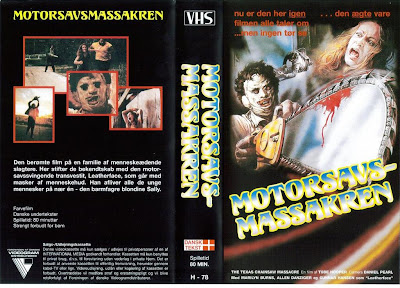 Up next is IT CAME FROM HELL, a horror movie from 1957. Incidentally, the old American horror punk band The Misfits used the title for one of their songs once. 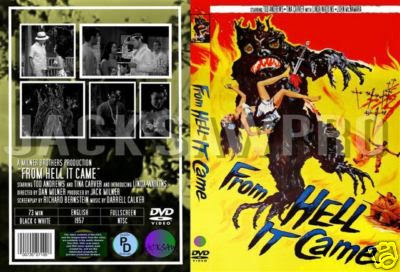 Next up we have THE SCREAMING SKULL (1958) which I discovered via an exiting review that you can find here. These three DVD's are all public domain releases and usually I would only buy one of those if a film doesn't exist on ordinary DVD. Now, SCREAMING SKULL does actually have numerous official dvd releases, however, they are all fullscreen versions except for one release which is out of print and retardedly expensive on Amazon. This public domain release promises to contain a letterboxed print so there's your explanation. LOL. 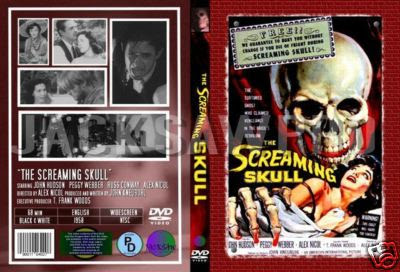 Now, the last one is THE DISEMBODIED from '57 which I know nothing about - but it doesn't exist on non-public domain dvd so I thought I better get it before it disappears again, haha. 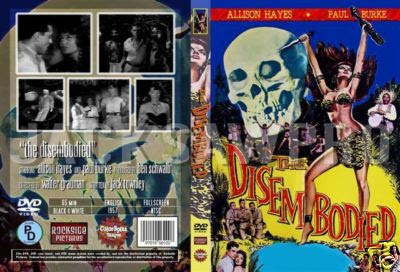 [Click the TCM cover for a bigger size. It doesn't work with the other ones. Sorry]
Posted by Jack J at 10:22 AM No comments: