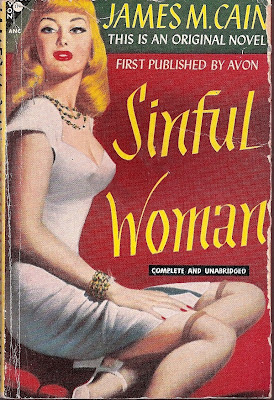 It's been a while since I last posted about new pulp novels, and since I know you're just dying to see what hardboiled trash from yesteryear that I pour my money into here's a couple of covers from today's purchase! 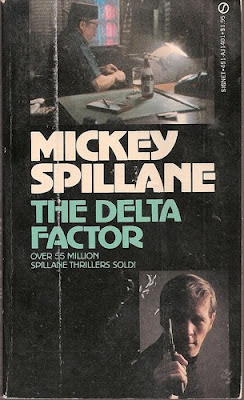 MICKEY SPILLANE's "The Delta Factor" I needed cos I recently bought HARD CASE CRIME's newly released "The Consummata" which is a follow up to "The Delta Factor". Spillane started writing the seqeul in the late 60s but he never finished it. Four decades later his friend MAX ALLAN COLLINS finished the book (with approval from Spillane). I'm trying to collect all releases from Hard Case Crime (but there's a long way to go yet!) so obviously I had to get "The Delta Factor" in order to read "The Consummata" properly. I saw a film poster (of "Delta") on eBay but I don't know anything about the film version.

"Sinfun Woman" was written by JAMES M. CAIN who did many hardboiled crime books, among others "Double Indemnity" and "The Postman Always Rings Twice". Needless to say, I have no idea how hardboiled "Sinfun Woman" is or isn't - but the cover looks great!
Posted by Jack J at 2:37 PM No comments: