NIGHT OF THE LIVING DEAD (1968, Pittsburg) dir: George A. Romero 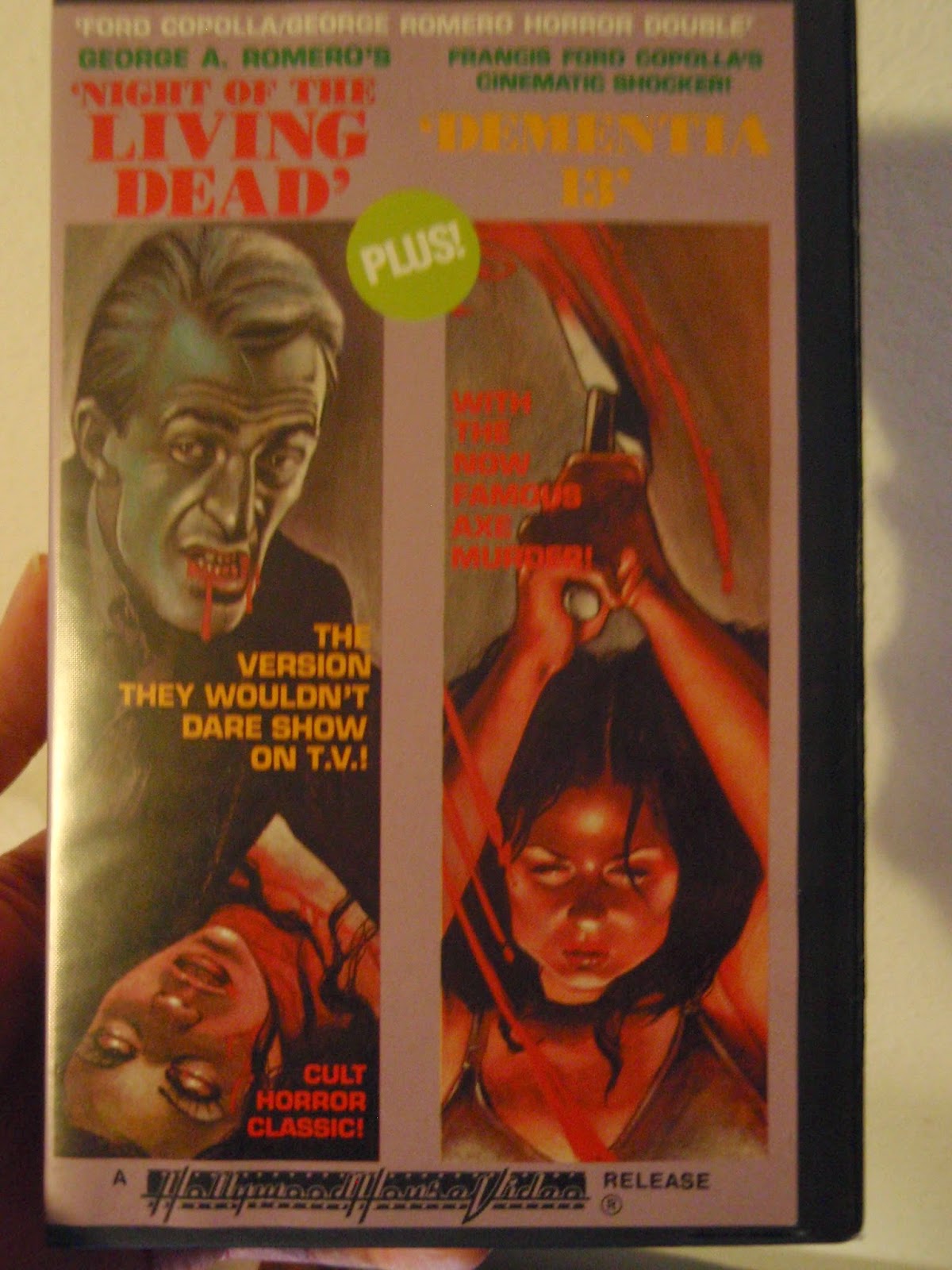 Last night was dark, cold and lonely so I decided to end the day with Romero's zombie classic NIGHT OF THE LIVING DEAD. As I'm sure you already know, the film is in black & white and the image that a 16mm filmed zombie film gives you seemed appropriate to fit the mood of the night.

But which version to watch!? I knew I had a Danish dvd box set with all three films in it (NIGHT + the two sequels DAWN OF THE DEAD and DAY OF THE DEAD). But needless to say I couldn't find the box. Maybe the dwarf people that I'm sure inhabit the dark hallways of my big old house (two room apartment) have nicked it to sleep on. So I pulled out a steelbook release from the UK. I bought it years ago and vaguely remembered someone online mentioning that the UK edition is cut. A quick check with dvdcompare.net and sure enough the UK dvd is bloody cut! Who wants to watch that shit! 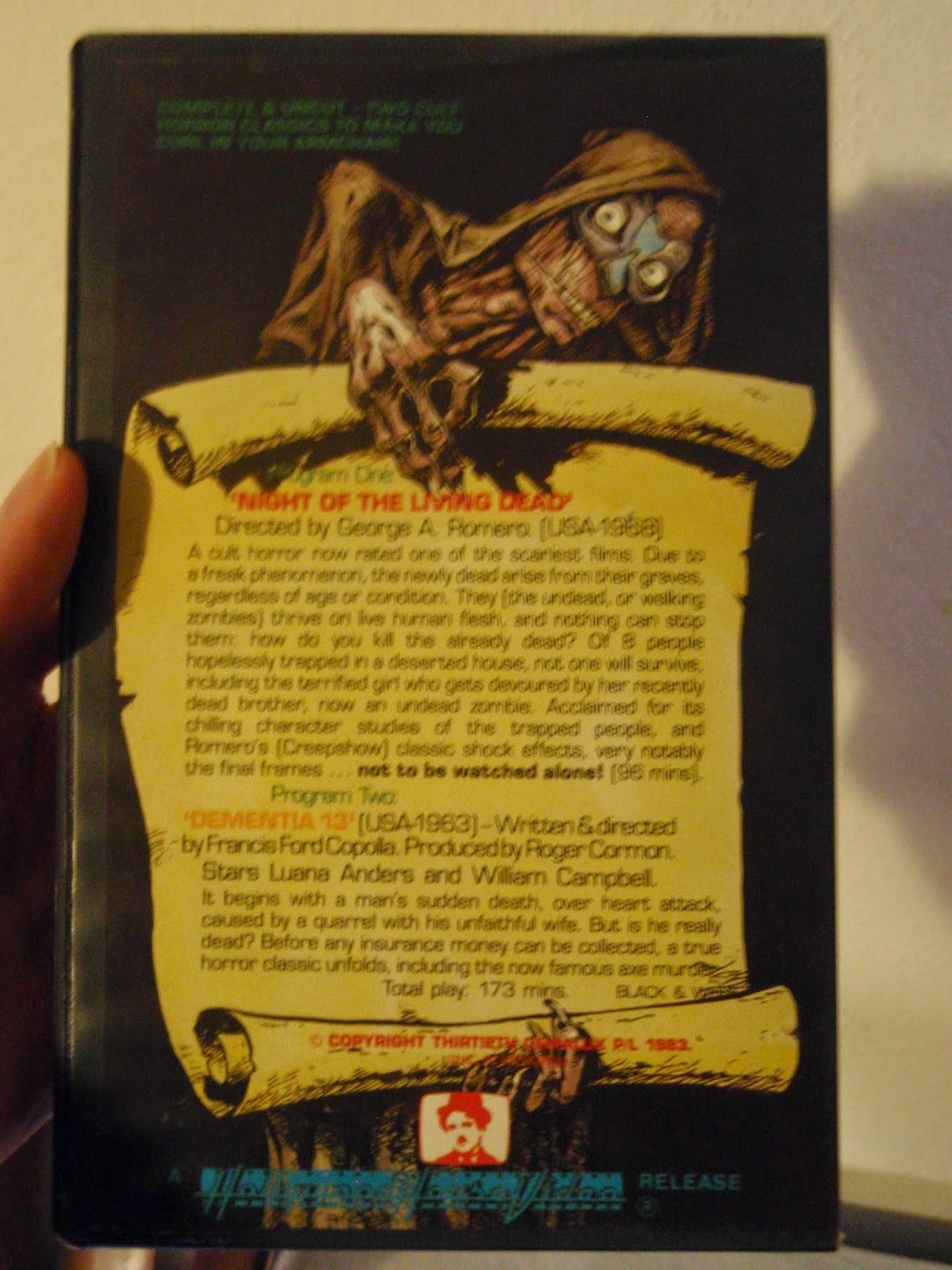 So instead I ended up pulling out my old reliable VHS that I bought at the Melbourne Video Warehouse in, well, Melbourne, OZ. The tape is a sell-thru and has Francis Ford Copolla's DEMENTIA 13 as an extra feature on it. The film is - as if I need to tell you - the zombie film that started a 1000 mile zombie walk. The film is one of my favourites and I'm not sure which one I hold in the highest regard, this one or its sequel, DAWN OF THE DEAD. They are both great and they're very different films so a comparison is unfair.

The very first time I watched NOTLD was at the old Scala Cinema Club in London in October 1988. The film kicked off a "Dead all night" all-nighter and the place was PACKED! The second time I watched the film was a few years later when Sky 1 (also in the UK) broadcast the colourised version of the film. I think I might still have my longplay recording of that broadcast somewhere! Anyway, what else is there to say other than you need to watch this film if you haven't already. And if you have already... then watch it again!

I'm posting both the original b&w trailer and a colourised version here. Although I usually despise and loathe colourised versions I actually think the kitsch colours add a surreal quality to this particular film!