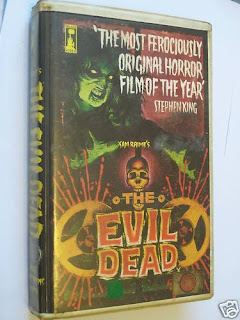 But having said all of this I must admit I somehow miss the old days of trying to hunt down banned video nasties and reading splatter-movie fanzines. No, my friend, reading someones blog that has the same bloody layout as 17 trillion other blogs just isn't as fun, boo-hoo. Steve C. where are you now? We need you to put out one more issue. :-(
Posted by Jack J at 3:40 PM 4 comments: