ALL HAIL THE CLONES! (or: More fake Bruce Lee stuff)

I've just found a rare trailer for BRUCE LEE IN NEW GUINEA on YouTube. It was posted only a short while ago and since I have never been able to find one before this is def. cool.

Uhhh, in my "The ONLY real Bruce Le" post I only mentioned two of his films... and now it dawns on me that one of the films (GUINEA) actually stars Bruce Li. For Christ's sakes!!! Hahaha.

And check this brief video out. Mein gott! Talk about fanaticism!!! (which is quite alright in my book). 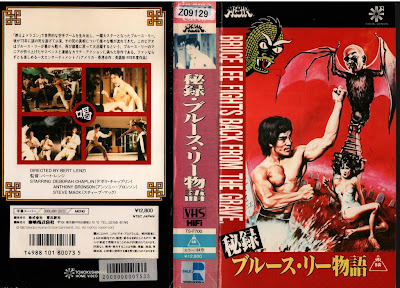