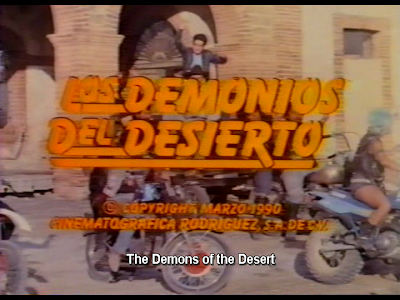 Most of my Mexican cinematic intake has consisted of equal parts 1960's horror flicks like the DR SATAN movies, equal parts EL SANTO movies plus BCI's "South of the Border" DVD volumes! However, this is something quite different (to say the least!). Take a pinch of MAD MAX 2, add Roger Corman's 1970s biker movies, and move the setting to Mexico. Oh, and by the way, did I forget to say "...and ad Jim Jones' Mexican cousin too!", haha. That's exactly what LOS DEMONIOS DEL DESIERTO is! 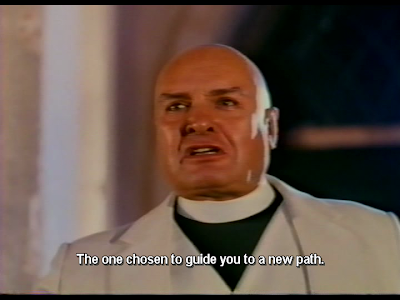 Somewhere in the deserts of Mexico live an outlaw biker cult who, dressed like the worst Hollywood attempt at punk, follow an insane *diabolical* leader whose goal is to kill all ordinary people and make their sons his brainwashed followers. They kill travellers and steal their belongings. When the movie begins, they kidnap two beautiful young girls while they're getting ready for the one girl's wedding.

The two main characters are two cops (the girls' boyfriends) and when they learn about the girls abduction they grab their machine guns ("ordinary guns won't do") and set out to find and rescue the girls, and kill the cult members and their leader. Mayhem and violent insanity pursue. 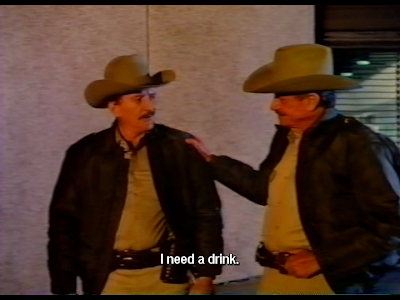 LOS DEMONIOS DEL DESIERTO is great fun. I mean how could a movie about two elderly renegade cops (they're about twice as old as the girls who play their girlfriends!) who fight Jim Jones punk cult members not be a lotta fun!?!? And it certainly is!!! And it's pretty gory too. And the ending is, well, lemme just say I didn't quite see THAT *ONE* coming. 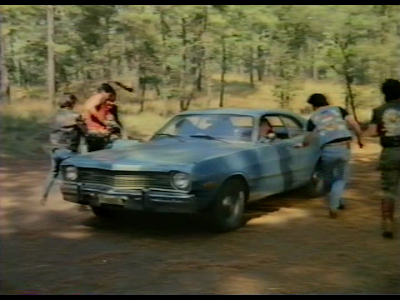 LOS DEMONIOS DEL DESIERTO is unfortunately not easy to find. I believe it's only ever been released on VHS in Mexico. The print I got hold of is an English subtitled (fan translated) version. The print looks pretty good. Find it if you can, wild entertainment guaranteed. 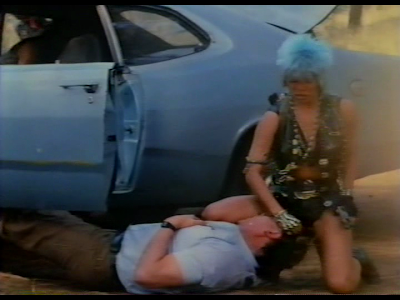 Suck my thigh before I kill ya! 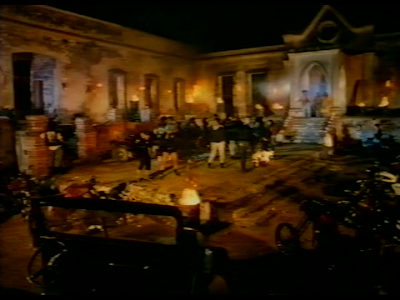 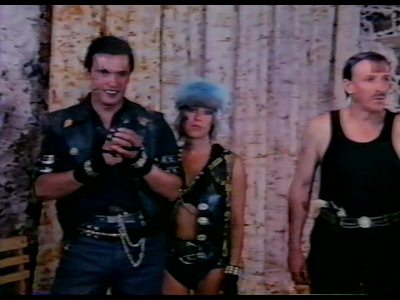 Thanks to the friend who sent me The Demons and a handful of other cool & rare flicks!!
Posted by Jack J at 10:45 PM 4 comments: