"The RKO Story" - by Richard B. Jewell with Vernon Harbin 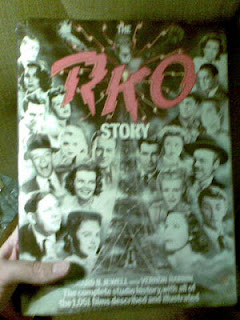 I received this today. It's huge as a motherfucker! Almost 2 kilos. It's got 324 pages and contains descriptions of every film ever made at RKO! According to the cover info that's 1051 films! RKO made lots of horror films. The book was published in 1982 and it's not one you get for a few bucks. I paid £20 + postage for this second-hand copy from Amazon UK (cover in fair condition, pages look mint).
Posted by Jack J at 6:17 AM No comments: 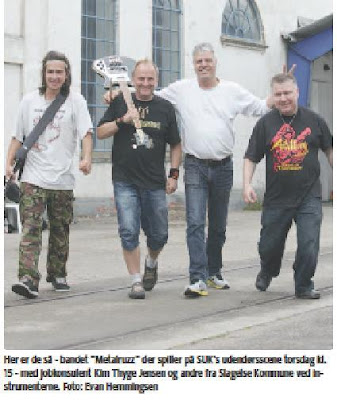 Yep, that's him: KIM RUZZ (in the white shirt) the legendary original drummer of MERCYFUL FATE!!! He was featured in the local Danish paper UGENYT yesterday!! The other guys are members of his new band METALRUZZ (haha).

My scan of the picture is pretty crappy and the version in the online edition of the newspaper is much better. Go here (it should take you directly to the page but if it doesn't it's on page 30).

The journalist wrote about Kim's new band, about his (bad) childhood, and that he had "played metal music before". Mercyful Fate wasn't mentioned one single time, hahahahaha. That's like close to being the biggest fuck up of a scoop that I've ever seen!!!!!

Like, MERCYFUL FATE fans in the entire world have tried to find out what became of KIM RUZZ and then when he's finally covered by the mainstream press instead of publishing a double-spread on this original drummer from this cult band they just state he's played metal music before. I'm scratching my head in disbelief here!!! The worst part is they probably don't even fucking realise what a scoop they had on their hands.

A lot of MERCYFUL FATE fans stil think Kim is a mailman but he quit that job a long time ago. Now he's an unemployment consultant of some kind. And last year he was unemployed. We did the same unemployment course for three weeks, haha. A big secret for many years was his real name but you can see it in the notes to the picure, Kim Thyge Jensen. 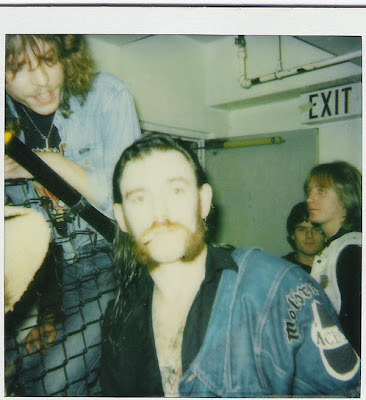 And here's an old MERCYFUL FATE live video. The quality isn't very good and there are better ones on YouTube but I've chosen this one as there's good close-ups of Kim.


And finally a photo of Kim that I copied from Photobucket. Probably from a live video: 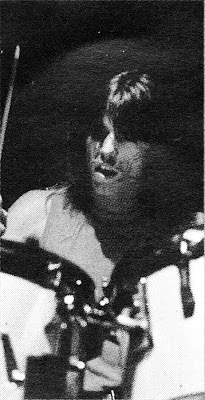