Here are two trailers for the wild Indonesian Barry Prima and Eva Arnaz films BLOODY VENGEANCE (aka Darah Perjaka) and LADY EXTERMINATOR (aka Barang Terlarang)!!! Needless to say they are high on entertainment value!! Watch them both if you get a chance (the two trailers are joint together in one video)

The only English dubbed release of BLOODY VENGEANCE is the Greek VHS shown in the above. It's also out on Malay VCD but my Indo buddy (in downtown Germany) Kothar tells me his VCD clocks in much quicker than my VHS so it's either cut or runs at a quicker pace. 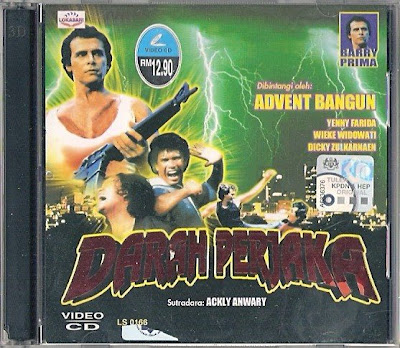 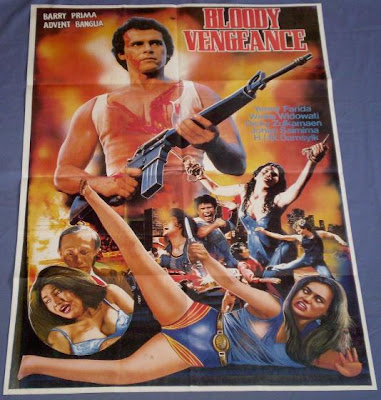 Here's my Danish VHS release of LADY EXTERMINATOR. It's also known as I Want To Get Even and Violent Killer. For some reason the narrator in both the trailer and the film keeps calling it Violent Assassins every time the title Violent Killer is onscreen. :/ 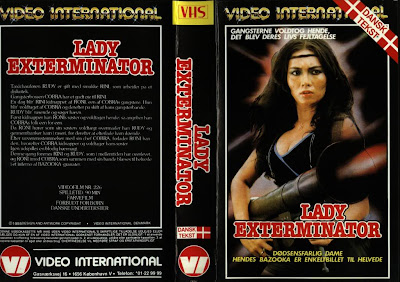 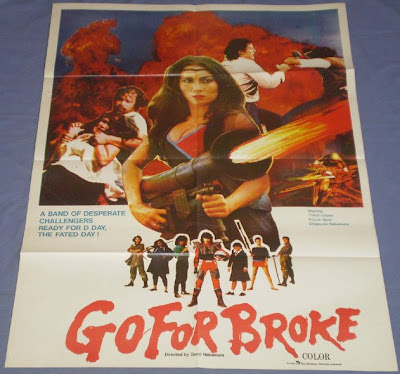 And how's this for weirdness!! :-O
This is the Pakistani poster for the Japanese girl gang film GO FOR BROKE (which needless to say doesn't star Eva Arnaz in her Lady Exterminator outfit)!!! 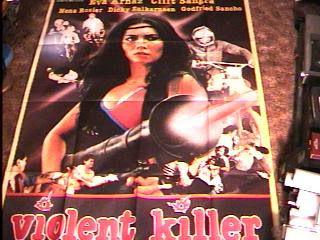 Sorry I meant to say true CRAP, haha. This is without a doubt thee worst rapper. Anywhere. Ever. This so terrible I had to pinch myself cos I thought I was still asleep, hahaha.

Ah man that's just amazing!!!!! Completely without trying to find one I simply stumbled over a Bruce Li interview that was posted on YouTube at the end of last year!!! Bruce Li talks about how he got started as a Bruce Lee clone and his involvement in GAME OF DEATH.

Unfortunately, Li doesn't talk about his scores of Bruce Lee clone films but you can't have it all. I would've loved to hear what he thought of films like BRUCE LEE IN NEW GUINEY, etc. but it's cool to see him at all and get his lowdown on how he got into film acting.
Posted by Jack J at 3:28 AM 2 comments: