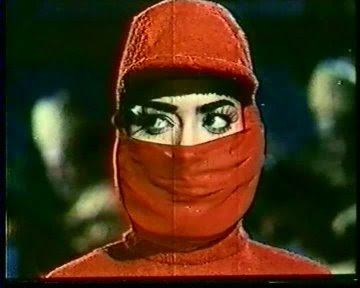 Regular readers (!!!) will have noticed the red masked chick who has graced the right bar on this page for the past week or so. What was it all about? Who is she?? And... why??? Well, I can finally unweil the mystery (haha, yeah big mystery, you've probably been rolling in your sleep because you didn't know, right? LOL).

Almost two years ago Miltos of Cinehound forum posted a short description of a Hindi film entitled RANI MERA NAAM which led to Jared of Worldweird blog to review the film, and his description of it was, whoah!! Here's something you gotta get hold of I thought to myself so immediately I... waited two years... and then rushed out and bought a copy! Haha. 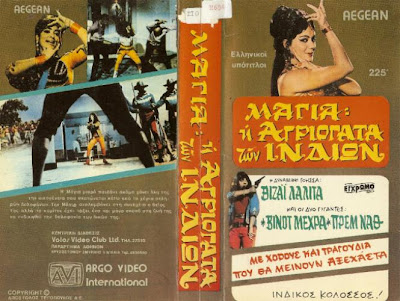 Well, there are so many films on my want-list and time flies by so quickly (lemme tall ya mate once you get past that big THREE OH time just rushes past you like there's no tomorrow. It's fucking scary!!!). Also, this isn't exactly a VHS that pops up every week on eBay and unfortunately it's never been granted a DVD release. Or maybe it has?

DVDs in India come out by the bucket-load every day and disappear almost as quickly as they arrived. It's insane! And makes it almost impossible to get a good overview of what's actually released and what's not.

Anyway, enough ramblings. I won an ex-rental VHS of RANI MERA NAAM last night (incidentally the very same Greek release that Miltos posted about... and the eBay seller happened to be mr. Cinehound hisself, haha) and I can't wait for it to find its way to this forsaken hell-hole up north. :-) :-) :-)

They murdered her family, burned their house and raped her sister in front of her eyes. Now they must pay, so she rides a horse and kills them one by one by several brutal bloody ways using a whip, a sword, a gun and a huge knife. Wild action, a lot of blood and pure violence, bizarre ceremonies, a lot of exotic songs & dances and even some fantasy elements, make this one a pure Hindi gem !!

And I urge you to check out Jared's cool review at Worldweird. It's right here. 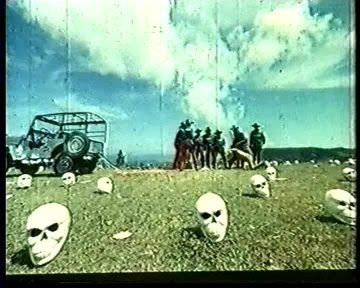 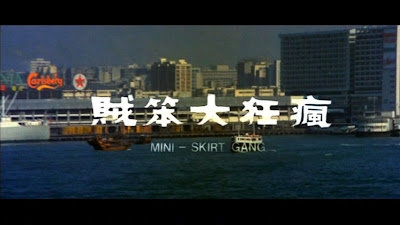 Thanks to Mads Jensen I can now present to you the very first screen grabs from MINI-SKIRT GANG. By the way, I have previously referred to the film as THE MINI-SKIRT GANG but the title card clearly doesn't have "the" in the title. 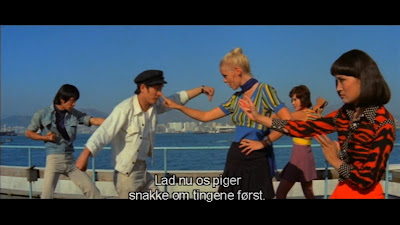 Nils Markvardsen (of eXtase magazine) tells me he has written the Danish booklet for SEXY GIRLS OF DENMARK while Mads took care of the remaining two, BAMBOO HOUSE OF DOLLS and MINI-SKIRT GANG. The three DVD's will probably hit the Dutch (LOL) streets of Denmark in a couple of months! 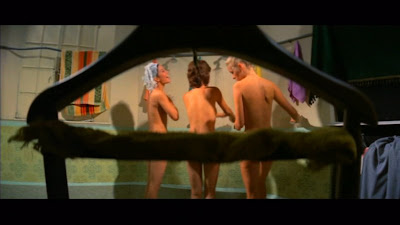 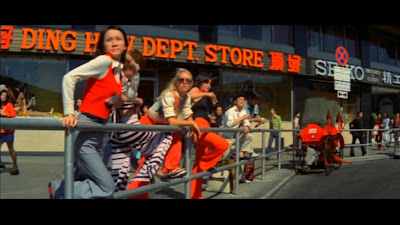 If you read one of the Scandinavian lingos you might wanna check out this Birte Tove interview that a Danish newspaper did with her shortly after Nils spoke to her for eXtase. Click here.
Posted by Jack J at 2:30 PM 1 comment: