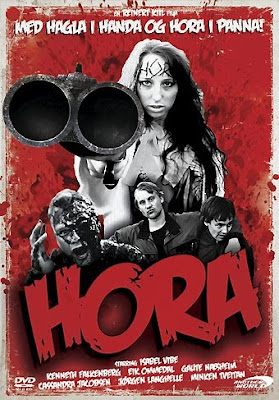 
I'd also just like to say hello to my latest follower; Raquel Crusoé from Brazil. Miss Crusoé is a famous pianist and I had a look at her blog and, eh, I have no idea what interest she would have in my crappy blog about messed up pop-culture. I thought of the possibility that someone else might have added her profile but I believe you can only do that yourself. Oh well, welcome Raquel in any case.
Posted by Jack J at 11:41 PM No comments: