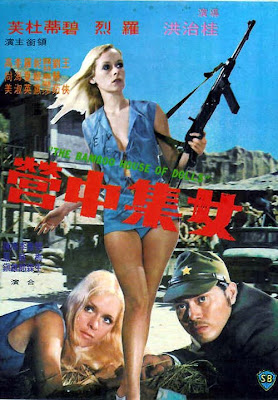 In 1973 Danish soft-porn actress BIRTE TOVE received an offer she couldn't refuse: To star in a handful of Shaw Brothers films in Hong Kong!

Three or four years ago my friend Nils Markvardsen interviewed Birte Tove for his film magazine eXtase but, uh, the little gnomes who live in the dark shadows of my house have obviously decided to borrow the mag just to piss me off now that I'm writing this piece (but who can blame them; All those nice pix of a young miss Tove!) . So unfortunately I can't check facts but if memory serves me right Birte Tove said she didn't really know what kind of movies she were to star in and she didn't know anything about Shaw Brothers. 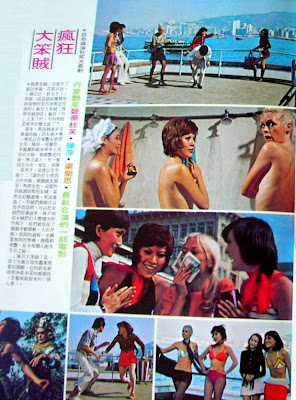 [from The Mini-Skirt Gang]

Obviously I don't have to tell you anything about BAMBOO HOUSE OF DOLLS (in which she plays opposite none other than the guy with the baddest and meanest face on celluloid ever if you ask me: Lo Lieh!). BAMBOO HOUSE is heralded as one of the (if not thee) best WIP films.

SEXY GIRLS OF DENMARK is a kung fu sex comedy and was actually shot partly in Copenhagen (again, thanks to those damn gnomes I can't check my issue of eXtase to see how much of the film was actually shot in Denmark but I believe most of it was). The last film Birte Tove shot in HK, THE MINI-SKIRT GANG was... well, actually I don't really know! 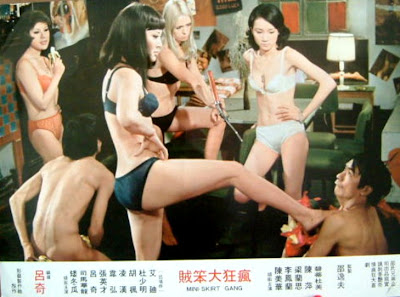 In contradiction to BAMBOO HOUSE the other two films have been impossible to watch for many years. MINI-SKIRT has never had any form of home-cinema release on neither video, VCD or laserdisc. And I don't believe SEXY GIRLS has been out either in any format. If it has it would have been a long time ago maybe on laserdisc. And to the best of my knowledge, none of them have been shown at the cinema since their initial cinema run either, nor have they been screened on any TV channels.

About three or four years ago Celestial in Hong Kong put out both BAMBOO HOUSE and SEXY GIRLS but until now MINI-SKIRT has remained completely unreleased and thus a big mystery; What's the film even about? Is it a kung fu movie, a crime movie, a comedy, a sex comedy, a mix of it all, what??? All we've had was a few lobby cards and one short review on Hong Kong Movie Data Base from someone who watched it when it ran at his local cinema in early '75 (you can read it here)

Well, dear reader, you don't have to wonder much longer because... finally... after having remained in the dark for almost 35 years... it seems THE MINI-SKIRT GANG is finally going to get it long overdue re-release!!!

In an interview in the recently publish second issue of the Swedish fanzine Gory-Glory magazine Jan Schmidt of Another World Entertainment (AWE) reveals that AWE are going to release all three Birte Tove films on the Scandinavian market INCLUDING THE MINI-SKIRT GANG!!! How utterly fantastic is that!!!

I for one am very exited about this. And so should you be! The interview doesn't state when exactly they will be released other than it'll be in 2009. 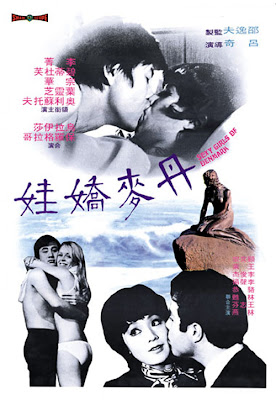 If it hasn't sunk in yet let me just repeat: This Shaw Brothers film has never before been released to the home market! It hasn't been shown anywhere since it ran in the cinemas back in around 1974-75!!! I know there were other SB's films that were left in the dark for many years and some are still down there (Curse of Evil is one!!!) but this isn't just any SB film... it's a Birte Tove SB film for crying out loud!! Haha.

Maybe this is a lost masterpiece whose rebirth we are going to witness and treasure for years to come! Or maybe it'll turn out to be utter crap - but no matter what it's pretty exiting. Hell yeah!! 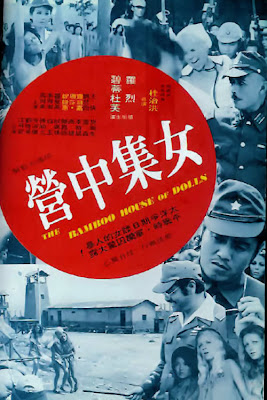 As so often before, a tip o'the hat to Jan Schmidt and Kenneth Eriksen of AWE for putting out some rare shit that most people didn't even think of. Good on ya mates!!!

PS: And hey AWE gents; now that you're doing Hong Kong/Danish stuff anyway; how about getting hold of ADVENTURE IN DENMARK and release that one as well??? Jack Stevenson & Nils regularly show an English print at a local cinema so it wouldn't be that difficult! 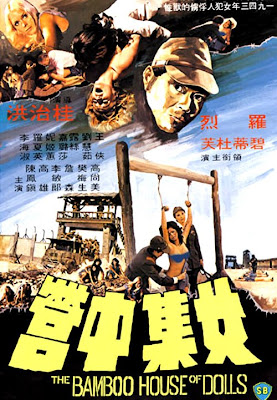 If you would like to read more about the three films you can follow the links there to Hong Kong Movie Data Base where you can read review, check credits, and see stills and shit. And in contradiction to the other movie data base the info at HKMDb is pretty accurate. LOL.

[you can click all scans for bigger size]
Posted by Jack J at 7:52 PM 3 comments:

Just brilliant! I found trailers for two old personal favourites! First up is a rare trailer for the Danish movie DVÆRGEN (aka The Sinful Dwarf / The Dwarf) which (as y'all know for sure) is out from AWE in its original uncut Danish version now. Actually, the trailer isn't even included on the Danish DVD. I believe it was Ian F. who dug it up somewhere and notified the American company about it so they could put it on their reg.1 disk (which btw contains the CENSORED international version!).

Cool trailer for old favourite #2: Andy Sidaris' STACEY! starring Anne Randall and Anitra Ford. I remember a long gone buddy of mine once described it (in an issue of Moshable magazine in the mid-90s) as a blaxploitation flick just with white people, LOL. Sure, I'll subscribe to that. Unfortunately, it's never been released on DVD.


I liked STACEY! so much I even used the video cover art for an issue of Stay Sick! more than five years ago. 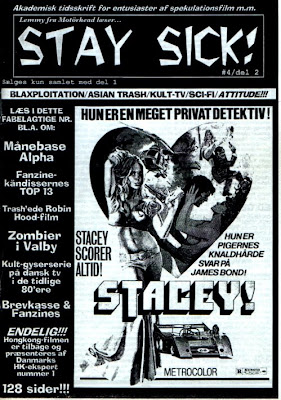 The North Shall Rise Again

There's an interview with Refn here.
Posted by Jack J at 5:06 AM 4 comments: