Yeah, here's THE JOLLY BOYS ORKESTER doing the surf in STENBROENS "HELTE" from 1965. STENBROENS "HELTE" is a psychotronic juvenile delinquents masterpiece no less! It was directed by Poul Nyrup and altho only his third film unfortunately it also became his last. Poul Nyrup is our psychotronic pride of Denmark. Needless to say most of Denmark still refuses to even recognise these films' existence and none of them are on official DVD (but ask and ye shall find).

Thanks to Kenno for uploading this!

If you check the two films on HKMDb they have different separate entries, different posters, different credits, different Chinese titles, and different year of production.

Anyway, there is someone in Germany who has uploaded the first few minutes of LADY EXTERMINATOR to Youtube. The print looks like it's from a real cinema print. It's very scratched, dubbed in English and has two sets of subtitles of which one is Arabic! Maybe the uploader owns a real film print. I've written to him but haven't received any reply. Either he's away on holiday or he may want to keep his secret film to himself. I don't know but I'd love to get a copy. Do any of you have a copy of this film??? Or even just know anything about it??? Thanks. 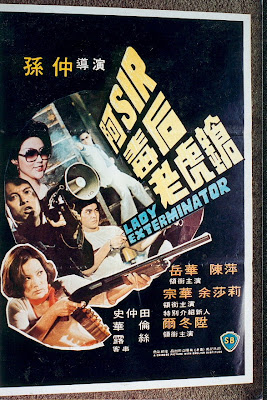 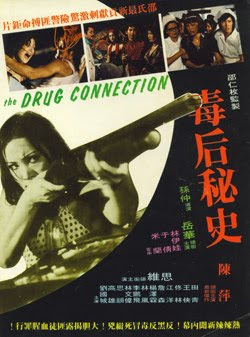 
And here for your amusement: A major fuck up from a bootlegger: The idiots have put out a bootleg dvd with the INDONESIAN film LADY EXTERMINATOR (starring Eva Arnaz) but they obviously got most of the pictures from HKMDb not realising it was a different movie from a different country, hahaha. Why they didn't discover the mistake (considering they actually not only have a picture of Eva Arnaz on the cover but also the alternative title for the Indo film I Want To Get Even) is... beyond me. 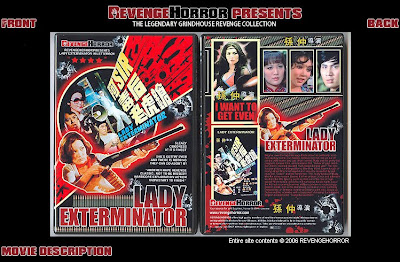