So you're happy with your *uncut* DVD release of BURIAL GROUND, eh? 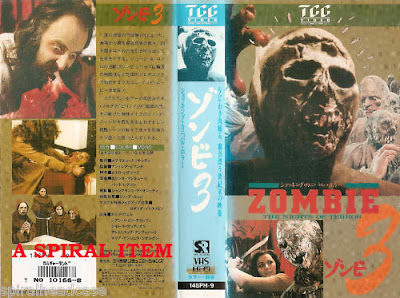 The scan here is the Japanese VHS (which Yours Truly won on eBay last night!) and it's the ONLY uncut version of the film! No, your new disc from AWE/Njuta Films isn't uncut either! The missing footage practically renders the film's story-line incomprehensible without it! Watching the uncut version is apparently like watching a completely different movie! So what's this most important missing footage you ask; Well, I'll tell ya what it is, it's a most important four second head crush scene, that's what!!! O_O

Why would they cut out a head crush scene from a gory zombie movie? I have no idea! Very weird indeed but the matter of the fact is that this scene is supposedly missing from all VHS and DVD versions except for the Japanese VHS. Obviously, I haven't watched each and every version myself (only the Danish and the Aussie DVDs) but I've asked BURIAL GROUND fanatic Joachim Andersson (we're talking Jim Jones cult level fanaticism here!) and other hardcore fans and they all confirm that the Japanese tape is the only truly uncut version. It's also mentioned on the IMDb (but of course that's not a guarantee of anything as the bloody IMDb is a piece of shit when it comes to reliable info in my opinion). Anyhoo, I'll be getting this awesome Japanese tape soon so that's just AB FAB. I'm sure you're green with envy, eh. xD

Nb: Altho the Japanese video title is "Zombie 3" the movie shouldn't be confused with Lucio Fulci/Bruno Mattei's ZOMBI 3.
Posted by Jack J at 11:11 AM 10 comments:

More cool ex-rentals in the mail!

I received a truly awesome parcel from Member-X in Finland! Eight rare tapes that ironically all are Danish! xD. 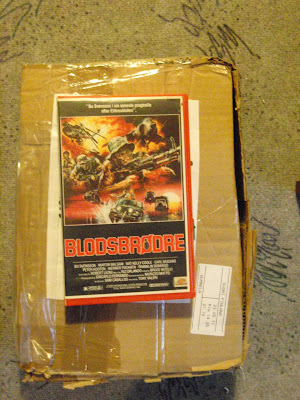 BROTHERS IN BLOOD (Tonino Valerii). Very rare VHS, I'm only awere of one other copy (sitting on DEVAG Hans-Jørn/Diabolik's shelves). 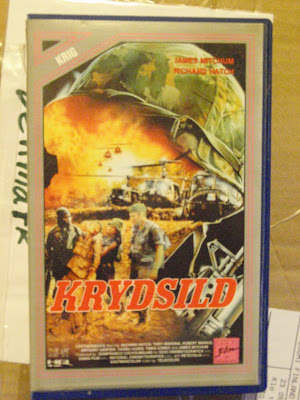 LEATHERNECKS (Ignazio Dolce). Very rare ex-rental. Does Diabolik have one? I don't know but I'm sure nobody else does. 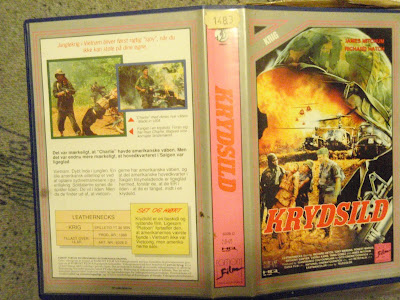 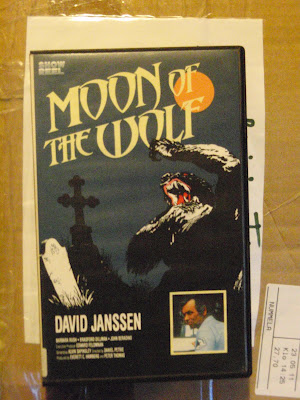 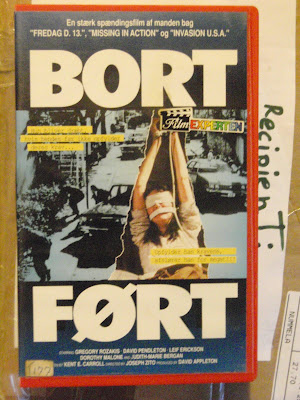 ABDUCTION (Joseph Zito). Do I need to repeat myself? Very rare ex-rental tape! 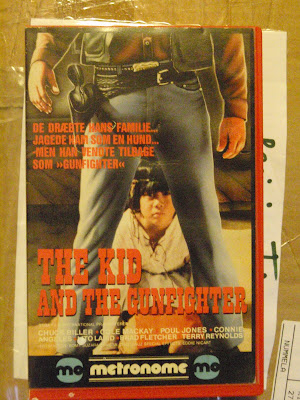 THE GUNFIGHTER AND THE KID (aka The Kid and the Gunfighter aka The Gunfighter). Very, very, very rare Danish release of this equally rare Filipino western! Nobody has this tape. Nobody. It's so rare if you look it up in the dictionary there's a picture of this tape in the difinition to "rare"! 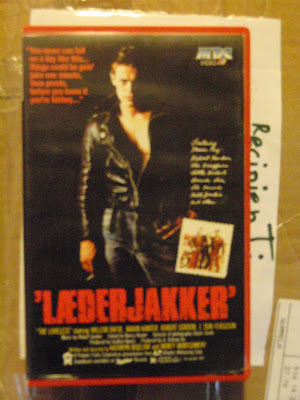 Kathryn Bigelow's awesome film THE LOVELESS! I watched (and taped) this film the first time on tv in the UK in around 1990. I'm sure I still have my tape somewhere. I remember the tv version has some alternative camera angles but I've never actually made a comparison (nor read about this). When I moved back to Denmark in 1991 I found a copy of this tape in a rental store but couldn't buy it and spent the next 15 years looking for another copy! I finally found one at an outdoor fair 2 or 3 years back. Needless to say I've also got the new DVD but I hear it has some new music in it to get rid of the many "silent" moments!! It's a pity that people obviously can't watch a film anymore that doesn't have a pumping beat in all non-dialogue scenes (or at least that's what the producers obviously thought when they changed it). When I saw this copy at Member-X's auction I knew I had to place an offer, even just a small one. Imagine if this awesome tape wasn't sold and had to live a forgotten and unloved life on a seller's shelves in the barren world that is Finland. It would be like in the end of JEEPERS CREEPERS! I placed a bid for one dollar and won the tape. Good for me but sad that so few people are interested in a cool ex-rental release of this uber-cool film. THE KNIGHTS OF GOD 1 & 2. This vertually unknown/forgotten British sci-fi tv-show is pretty difficult to find. Acording to Wiki it's only released on VHS in Denmark and Germany, and only the Danish release carries the original English audio whereas the German tape is dubbed. There is no UK release. And there's no DVD releases either. In other words quite rare. I've stumbled over part 1 a few times at indoor markets and outdoor fairs but this is the first time I've had a chance to get tape #2. The two volumes were sold together and since I already had a copy of #1 I've now got two of them so if anybody needs a copy let me know (I can chuck in a dvdr copy of #2 if needed).

Big thanks to Member-X for this trade!
Posted by Jack J at 12:22 AM No comments: