I found an alternative Swedish RAMBU vhs cover scan to the one I've already shown from Sweden. 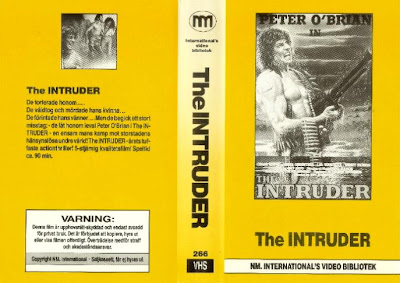 Swedish vhs/English dub/fullscreen.
Thanks to Miltos from Cinehound in Greece. Incidentally, someone at Cinehound mentioned he'd seen a THE SNAKE QUEEN release also in this yellow series from Sweden! That's very interesting as so far the only release that was believed to exist is the Greek tape.
[Click scan for bigger size]
Posted by Jack J at 5:19 PM