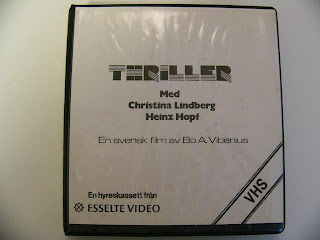 PS: No, you don't need to participate in the auction in order to watch the film as there's a really good reg. 1 DVD out. And in contradiction to the tape it's fully uncut (but be aware there's also an R-rated DVD. Make sure you get the right one, LOL).
Posted by Jack J at 2:50 PM