RIKER, too violent for Danish tv!

Back in the early 80s there was an American cop series on TV called RIKER. It was kind of a TV version of Dirty Harry and I remember it was so violent that there was talk about it being too violent for local television here. Obviously, I loved it!! :lol:

Did anyone else here watch it? I haven't watched it since it was shown here back then which makes it something like 25-26 yrs ago. :o 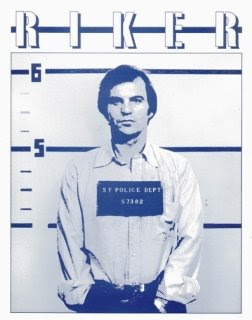 I've tried to track it down but to no avail. It seems like it's never been released on dvd or vhs. But then again, maybe there was a vhs release in the US that I don't know about. Or somewhere else. If anybody knows anything please let me know, I'd looove to track down this show and watch again. I think there were only 5 episodes. Cheers.

Here's some site I found that has it listed.
Posted by Jack J at 3:52 AM