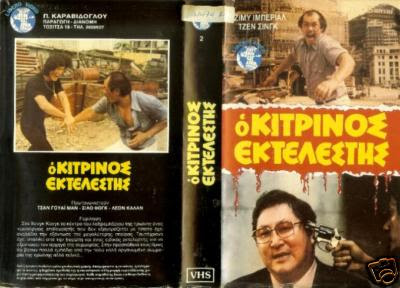 Woo-hoo!! I won THIS tonight at one of Miltos' Greek auctions! It's JUMPING ASH (aka Tiaohui) from Hong Kong, 1976. On Hong Kong Movie Data base a nameless reviewer says:

Po-Chih Leong's debut film was a trendsetter in Hong Kong cinema. Shot from the shoulder, the fast-moving world of cops, informers, drug dealers and other crooks are evoked in a very lively and realistic way. The action all takes place in carefully selected locations, among them the walled city of Kowloon and Yuen Long. The film looks like a documentary and evokes the kind of excitement usually seen in news programmes. The story focuses on the battle between two gangs and starts in Amsterdam, where one of the gang leaders is murdered. The male protagonists Jia Lun and Chen Huimin provide memorable acting achievements as the just cop and the cold-blooded killer."