Oh man, it seems I'm practically stumbling over old 1980s HK horror flicks that I've been looking for for years!!! I just found (and purchased, obviously!) brand new editions (on VHS, these films have never been granted life on little shiny saucer thingies) of DEVIL SORCERY, BLOOD SORCERY (aka Curse) and HAUNTED MADAM: 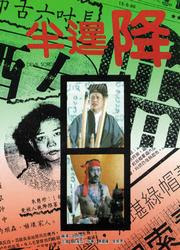 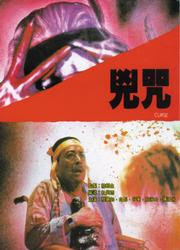 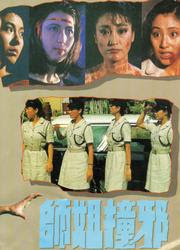 EDIT (June 30th); Unfortunately no fucken "yay"!!! I just got an email from TaiSeng that says they don't sell video tapes anymore but even tho those three tapes are ON THEIR SITE and THEY ACCEPT PAYMENT they don't actually have the tapes in stock! Huh??? Actually, they have tons of video tapes for sale on their site but, well, apparently they just don't have the physical tapes! Go figure. Why the bloody hell don't them take them off the site then!!?? Anyway, as much as I'm annoyed about it I'm much more annoyed about not getting those three films as they're rare and I don't know where else to get them. Boo-hoo. I'm sure I'll find them at some bootlegger's place at some point but getting official releases sure beats getting a crappy dvd-r boot.
:( :( :( 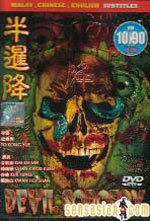 EDIT (July 1st); I think it was our great present day philosopher Homer Simpson who said it the best: "Damn brain I thought we had a deal!" Argh, ffs! I'm doing some serious tiding up yesterday and what do I find in a pile of DVDs from Dragon Jester in Malaysia: DEVIL SORCERY!!! Argh, of course!!! When I saw that TaiSeng tape and looked up the film I'd totally forgotten that I actually found and bought the film on DVD some 8 months ago (or so). I forgot cos I never even watched the damn thing, it just went into one of the to-watch-later piles. Hahaha. Argh! I'm sure Patrick in Norway is laughing his ass off. :(
Posted by Jack J at 11:28 PM